There is no doubt that wanting to see bears is top of many a list of reasons to holiday in Canada; an oft-asked question is when, how and where can I see them? Unsurprisingly, there is more than one answer and we want to help to tick this bucket-list experience.

Black bears – confusingly enough, they can be brown, grey-blue or even white (see spirit bear section) – are only found in North America, living predominantly in forests, feeding on fruit, nuts, shoots and vegetation. Black bears are thought to have a total population of around 800,000, over half of which are found in Canada. This roughly equates to 10 black bears for every 1 grizzly bear in North America. You can see black bears in nearly every province in Canada (except Prince Edward Island) but they are found most often in British Columbia’s coastal regions, the Canadian Rockies and forested regions of Ontario, Quebec and New Brunswick. Black bears hibernate in October or November, emerging – often with cubs born in January – in April or May.

Top holiday: see black bears in Quebec, along with moose and whales, on a special wildlife holiday. 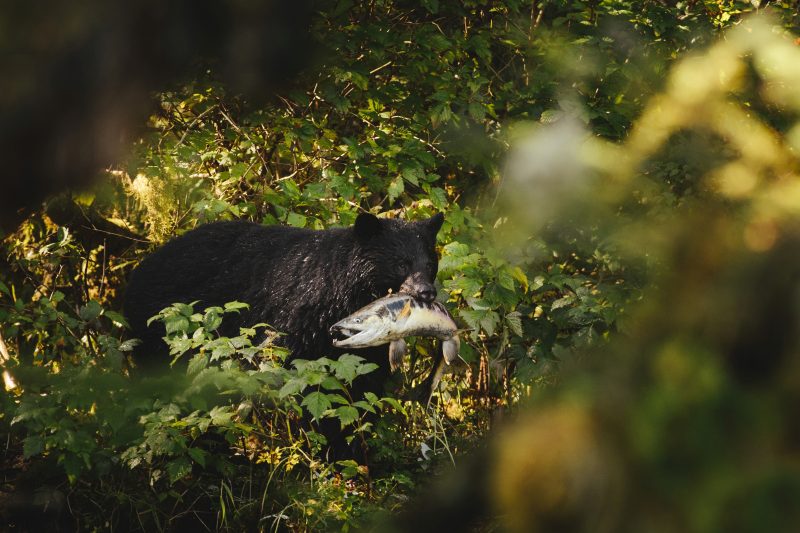 Spirit (Kermode) bears are actually a black bear with a recessive gene and only found in a small area of the Great Bear Rainforest of British Columbia. Your best chance of seeing the elusive spirit bear is from late July to October by staying in Klemtu at the fabulous Spirit Bear Lodge, or even taking to the water on a Bluewater Adventures cruise of the Great Bear Rainforest. Time and patience is of the essence to see this beautiful creature – known in the indigenous culture as moskgm’ol – so a stay of 4-5 nights in this area is to be recommended.

Grizzly bears tend to live in more open areas than the black bears in the densely forested mountainous regions, but there is still considerable overlap between the two. Grizzly bears are significantly larger, more powerful and more aggressive too; if a grizzly bear and a black bear were to get into a fight, you should definitely be putting your money on the grizzly – a black bear might be able to put up a fight, but it’s not going to win. The best place to see grizzly bears – recognisable by the distinctive hump on their shoulders – is in British Columbia, staying in a lodge where viewing can be from stands, boats or even on foot. The grizzly will forage for seeds and berries on the shore in the spring and early summer, moving down river to feast on salmon in late summer/autumn.

Top holiday: get up close and personal with the grizzlies at Farewell Harbour Lodge. 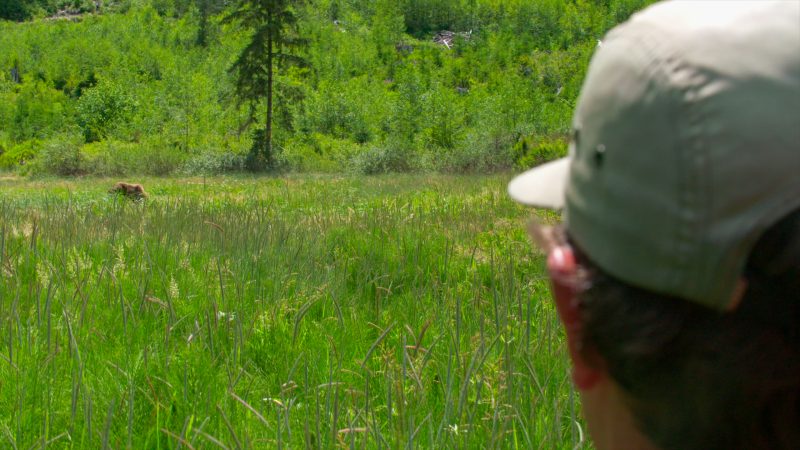 Canada offers the very best chance of seeing polar bears in their natural habitat, being home to roughly 17,000 polar bears out of 25,000 worldwide, and by far the best place to see them is Churchill, in northern Manitoba, on the edge of Hudson Bay. Their presence here is guaranteed every year and there is even a ‘polar bear jail’ in the town of Churchill that detains bears that have wandered into town who, once sedated and tagged, will then be flown north and released on to the tundra. There are two distinct windows of seeing these magnificent creates; July to August and October to November, so planning this once-in-a-lifetime experience is essential. You can choose from staying in a specialist lodge, staying out on the tundra itself or staying in the town.

Top holiday: sleep on the tundra with the mighty polar bear. 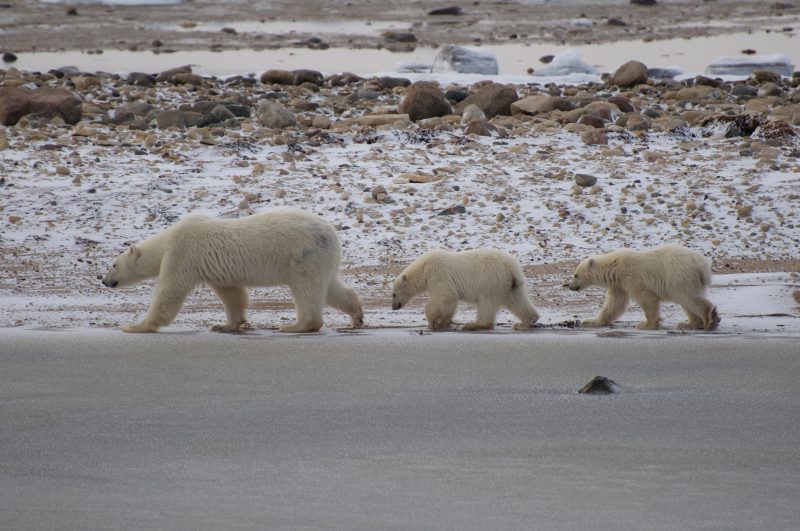