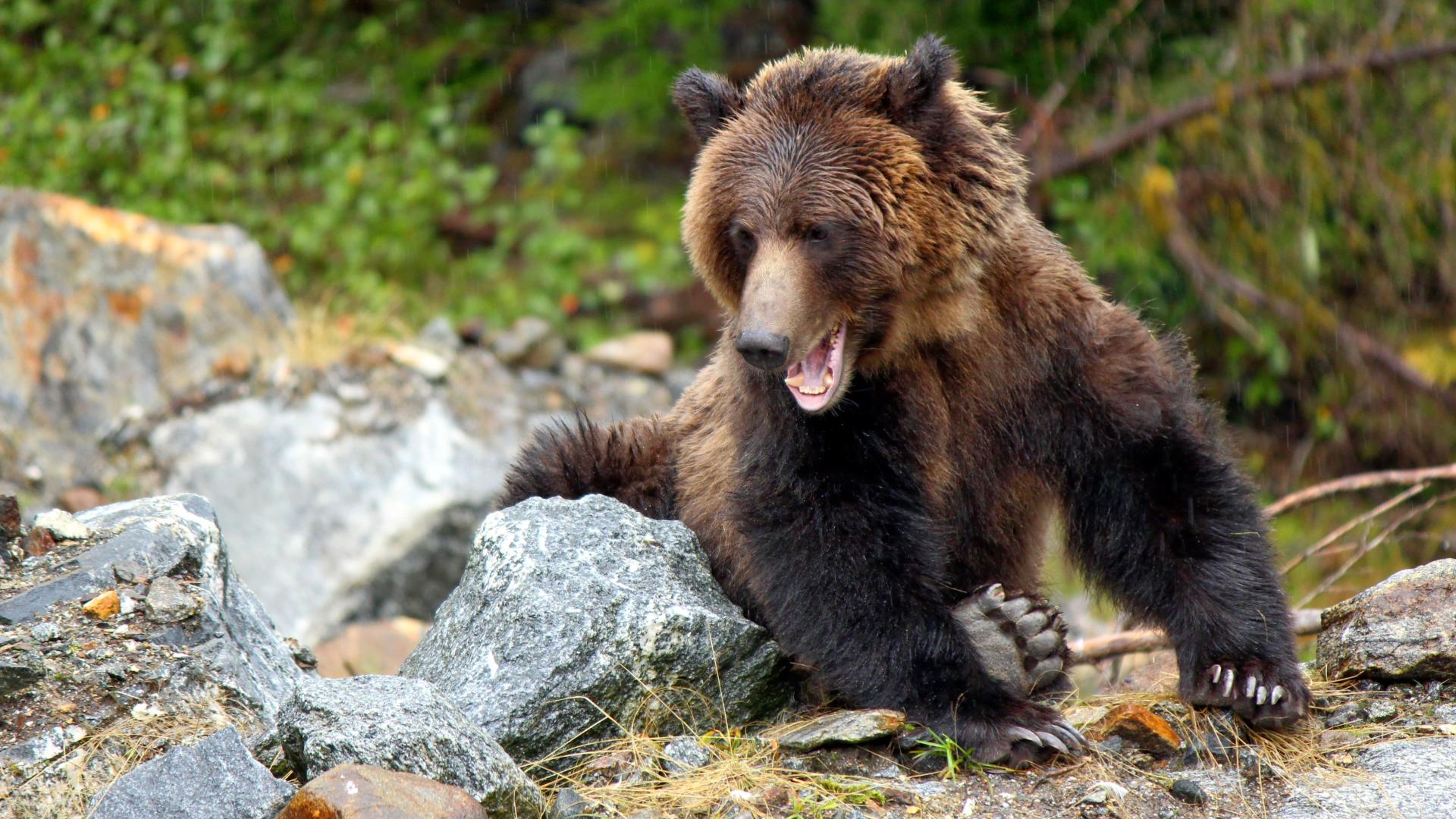 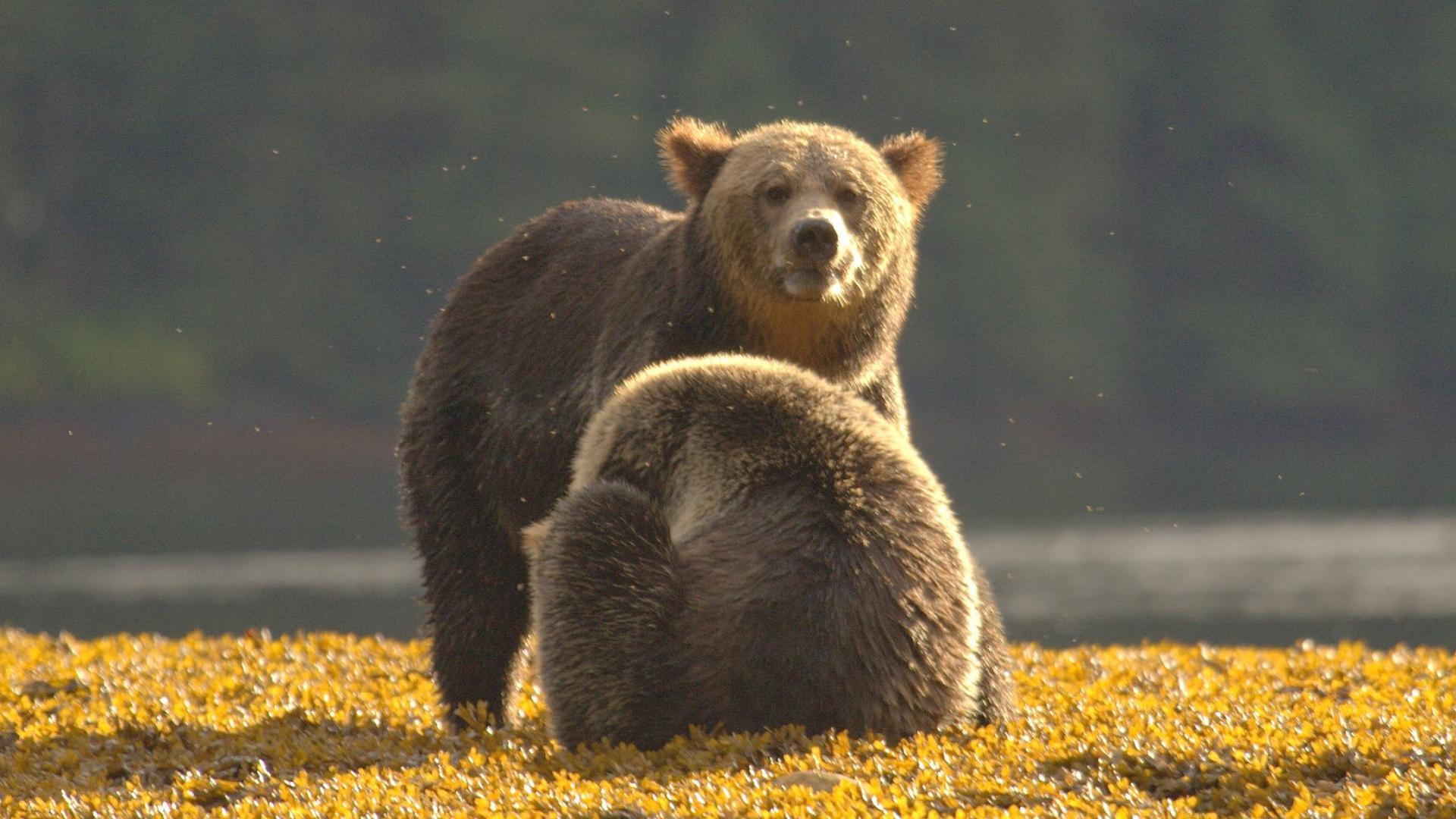 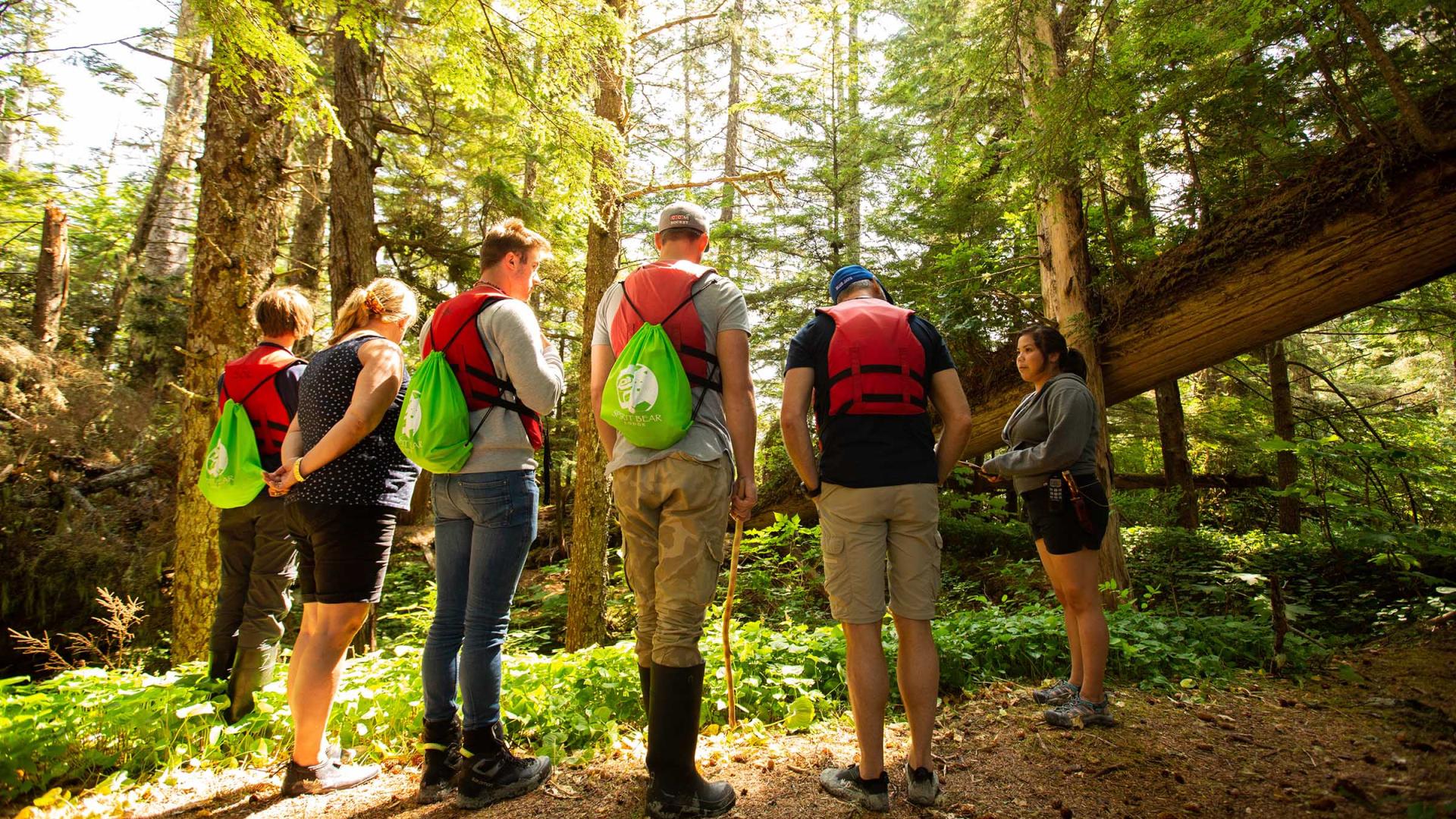 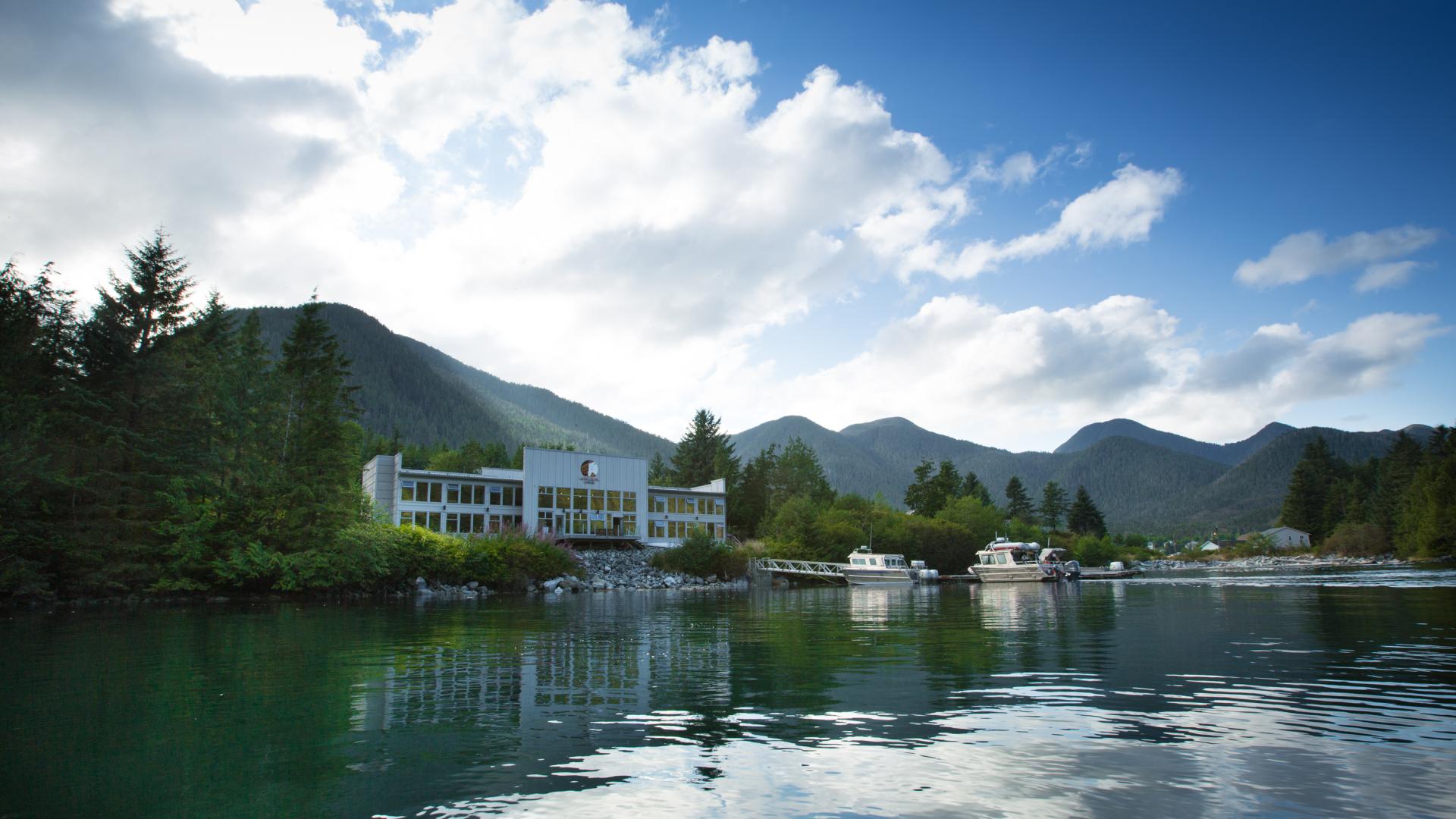 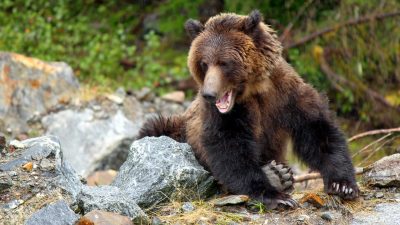 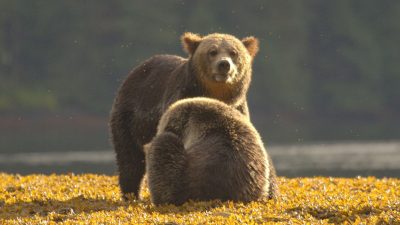 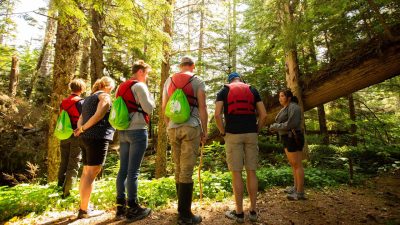 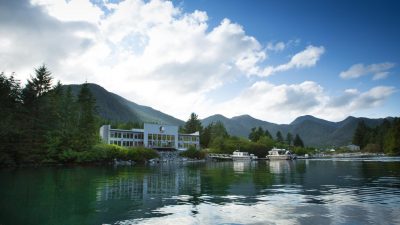 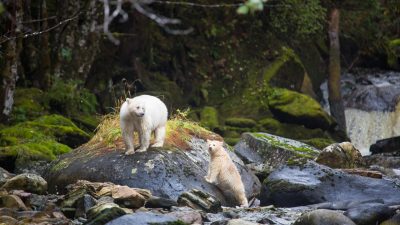 Enquire About your Perfect Holiday

Whether you would like to book this exact holiday or to tailor-make it to better suit you, please contact one of our knowledgeable experts on:

This holiday offers a great chance to see and learn about Spirit (Kermode) bears; actually a black bear with a recessive gene and only found in a small area of the Great Bear Rainforest of British Columbia.

As well as bear viewing opportunities, you will also discover the local First Nations culture, see the ancient and modern cultural sites, as well as watch marine wildlife, wolves, bald eagles and other birds.

Ask us about the different package options; this itinerary is flexible and can be from 3-6 nights at the lodge. You can also add more nights in Vancouver or extend your holiday to visit other areas. Talk to one of our experts about how to make this holiday the perfect one for you.

When to see the bears

When to see the bears

For the best chance to view the elusive Spirit Bear, we suggest a minimum 5 day/4 night package (as described here) and to consider coming in August, September or October. Visitors earlier in the season or those that stay for a shorter time may well see the Spirit Bear,  but as the bear – known as moskgm’ol – is elusive and shy, sightings are more likely later in the year and if you have more time to spare.

The lodge is open from June 1 to October 10 and each month offers a different opportunity for bear watching, wildlife and other activities.

June is Spring in the Great Bear Rainforest when the sedge grass, the main early season protein food source for the Grizzly Bears, is most abundant.  The combination of the deep green sedge grass and wildflowers is also great for keen photographers. There is a also a good chance of seeing Grizzly mums with cubs in tow or sub-adults who will often seek out the outer fringes of the big coastal estuaries to feed on the grass un-disturbed by the larger males who may still be working their way down from the upper alpine meadows. Humpbacks are also a relatively common sight as they forage the shore for krill, herring and mackerel. Bear in mind that opportunities to view Spirit Bears are limited in June and July as they don’t tend to appear in the river systems until late July. Although chances are low, it is still possible to see Spirit Bears foraging along the shoreline.

July is very similar to June and is also the month with typically the best weather; the warmest days and the most sunshine. The grizzlies will be moving between the estuaries for sedge and the forest for berries. Later in in the month is the beginning of the salmon spawning season in the outer coastal rivers where black bears will begin to to be seen in greater numbers.

August is when the bears start to know that it is the beginning of the great salmon feast. Salmon begin to school in greater numbers at the entrances to the rivers and the bears then begin to congregate near the river mouth of many systems. By mid to late August, the spawning has begun in the inner coastal rivers. Also, although Spirit Bears can be seen anytime after they emerge from their dens in early Spring, the first good sightings are typically in August.

By September, the salmon spawn is well underway and grizzly bears, black bears and Spirit Bears will all be vying for the best fishing opportunities. The bear numbers begin to spike upwards at this time as they are feeding almost continuously.

October often sees another spike in bear numbers as the spawned-out salmon are being pushed back down to the river mouth, making the fishing easier. Bears are keen to fatten themselves up before winter so activity can be busy and exciting. While bear viewing can be excellent in October, this month also often brings with it the start of the seasonal rains that gives the Great Bear Rainforest part of its well-earned name.

We had a very good holiday and it all went to plan. I particularly appreciated your quick responses during the planning process and also when we had a query while we were there. You provided useful knowledge about the area and your approach was always professional and friendly. We would have no hesitation in recommending Frontier Canada to friends and family and, as you are aware, are already considering booking with you again for next year.

Mrs Chubb - Travelled to BC & Alberta

Here’s a day-by-day guide to your itinerary. Feel free to ask us to add other days or ideas and excursions by contacting us directly, so we can give you the best price.

Fly to Vancouver and stay overnight at the airport where you can rest and relax...

Fly to Vancouver and stay overnight at the airport where you can rest and relax after your flight, ready to start your Spirit Bear adventure the next day.

Head to Vancouver’s South Terminal for your Pacific Coastal Airlines scheduled 2-hour flight to Bella Bella. You will then have a short transfer by 15-passenger van to the boat dock where you will be met by Spirit Bear Lodge staff aboard the water taxi for the 90-minute scenic journey to Spirit Bear Lodge in Klemtu. On arrival and check in, there will be a welcome orientation, followed by a buffet dinner at 7pm and a next day activity briefing. There will also be an evening presentation at 8pm on coastal ecology.

After breakfast, you will meet on the dock at 8am for the first full day...

After breakfast, you will meet on the dock at 8am for the first full day bear viewing adventure in one of the main grizzly viewing estuaries. You will also have the opportunity to see the spectacular waterfalls in Carter Inlet and undoubtedly see other wildlife. You will return by 6pm in time for buffet dinner at 7pm. Dinner will be followed by an evening presentation on some the Great Bear Rainforest, Bears or First Nations culture.

Breakfast will be at 7am, then you will be on the water at 8am for...

Breakfast will be at 7am, then you will be on the water at 8am for Spirit Bear viewing safari, which will take place on foot in one of the Spirit Bear rivers. Again, you will return by 6pm for dinner and an another interesting evening programme.

Today you will be able to choose from one of the following options: Spirit Quest...

Today you will be able to choose from one of the following options:

After breakfast, you have a choice of a morning sea kayak paddle along the shores...

After breakfast, you have a choice of a morning sea kayak paddle along the shores south of Klemtu, a rainforest walk or a cultural tour. At 11am, you will board the water taxi for the 90-minute trip back to Bella Bella, arriving in time to catch your afternoon flight back to Vancouver, which arrives between 5-7pm, depending on the season.

On arrival, head to your downtown Vancouver hotel.

A full day in Vancouver to enjoy the city and take in the sights, maybe...

A full day in Vancouver to enjoy the city and take in the sights, maybe on a sightseeing tour to ensure you don’t miss anything.

If you have had a taste for the First Nations culture, head to the Museum of Anthropology or view the totems in Stanley Park.

Enjoy some last minute shopping or sightseeing before you head back to the airport for...

Enjoy some last minute shopping or sightseeing before you head back to the airport for your flight home. 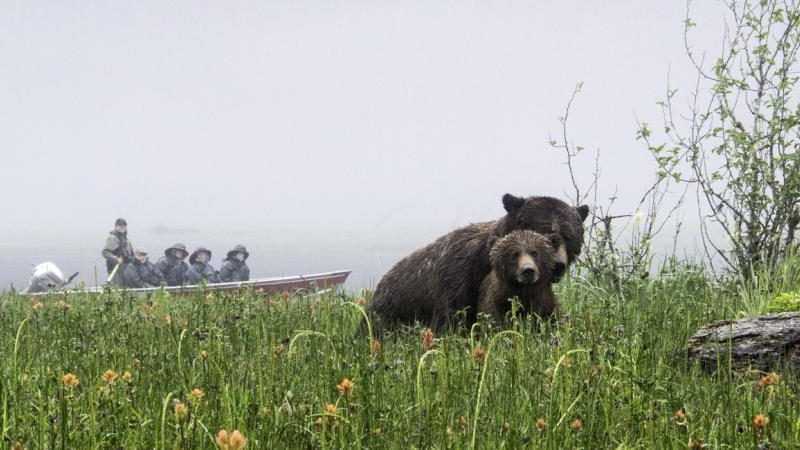 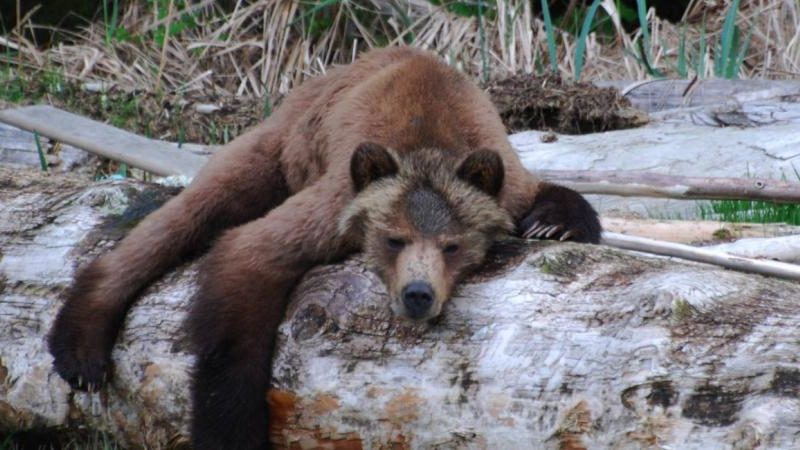 The Bears of Knight Inlet Lodge