Adventurous is not a word friends would use to describe me, but nonetheless I was very excited when I was invited to visit the Yukon, a destination very much known for thrilling activities and endless wilderness.

Arriving in to Whitehorse was the first eye-opener; it is a small city, but the centre, happily for me, contained shops and coffee houses and bars. I was assured however that I was just 20 minutes away from true wilderness, a fact few capital cities can boast.

I was enjoying my ‘adventure’ even more when our first meal included nachos and beer at the Deck Pub at the Coast High Country Inn – where William and Kate stayed when they visited (I did have a peek in their room) – except it was then I knew I was being prepped for my first foray in to canoeing….

Being a bit of a nervous nelly on water was not however an obstacle; Up North Adventures are incredibly friendly people and make beginners  – like me – feel very much at ease on the water. The scenery is incredible and you also get hot chocolate and biscuits; made canoeing all the better for me personally! 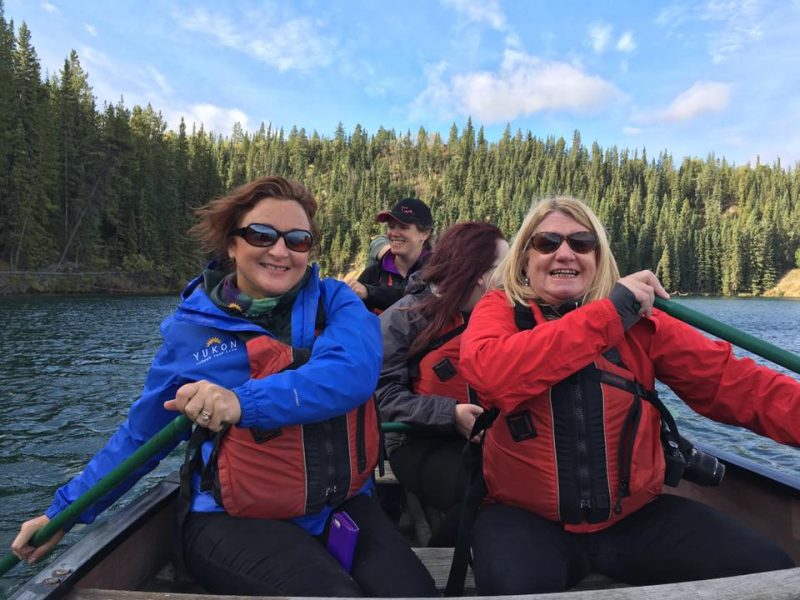 From one city to another, and a complete difference; Dawson City reminded me very much of an old movie set with its colourful, interesting old buildings and unpaved roads, with Main Street being the exception. There are quaint shops and lots of great bars and restaurants.  My best food of the trip was Greek food – go figure – at the Drunken Goat, I drank cocktails with names to make you blush at Bombay Peggy’s and  I joined the other 65,000 members of the infamous Sour Toe Cocktail Club at the Downtown Hotel. A vodka shot to numb the thought of kissing the mummified (human) toe and I had then earned my certificate. If I didn’t already feel that I was experiencing the Gold Rush, my visit to one of the nightly shows at Diamond Tooth Gerties with their can-can girls cemented it for me. 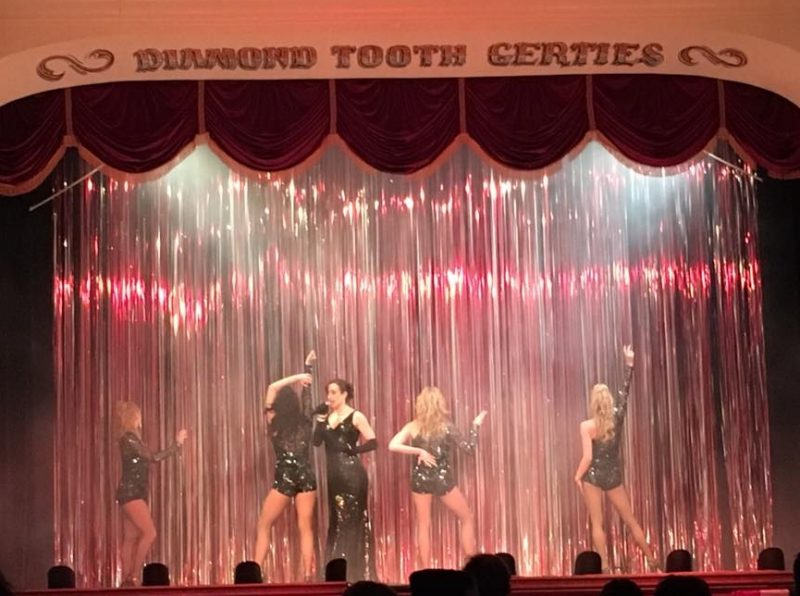 After such a great night, an early departure to visit the goldfields didn’t exactly fill me with joy but that thought was quickly dismissed; what an absolutely fascinating experience! At the height of the Gold Rush, 40,000 people lived in Dawson and it was one of the wealthiest cities in North America and so many people wanted a piece of the action. Listening to how determined the miners were and the vast distances they had to cover in order to fulfil their dreams and what they went through day to day is astonishing.

We then headed on a slightly amended tour – the trip was on a very tight schedule – to Tombstone Territorial Park and again the day just got better. The park is just under two hours drive from Dawson and the enroute scenery almost belies the even more wondrous landscape in the park itself. I had packed my hiking boots – yes, I do own a pair – and while I might have been slower than some, it was well worth the (short) climb for the fabulous views, especially with the rich September colours. 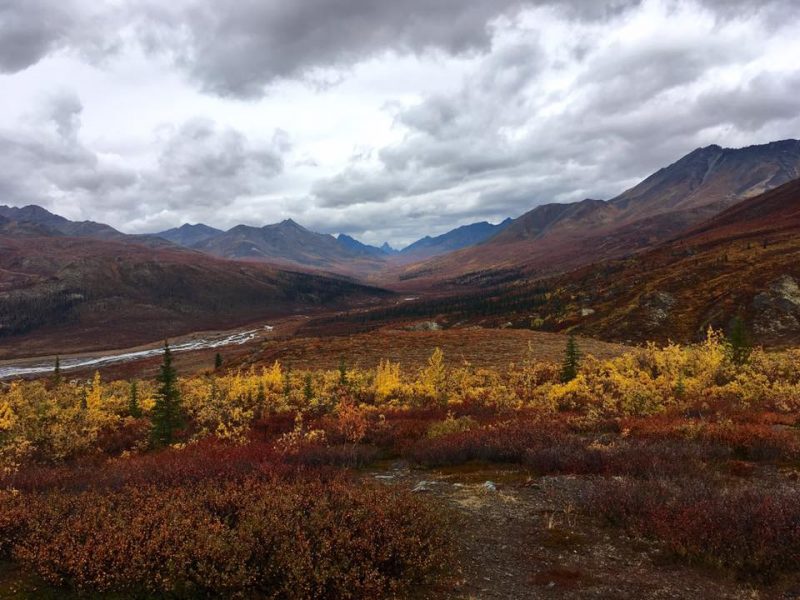 Another early start the following day began with crossing the Yukon River on a tiny ferry from Dawson City  to head towards the Top of the World highway.  I had been very much looking forward to the drive along the 79-mile, mostly gravel, road and again the scenery continued to astound. A stop at the slightly formidable Poker Creek border crossing – even though the quite stern US customs official laughed at my (fortunately now defunct) passport picture – took us briefly in to Alaska where lunch was at Chicken. If you’re going to have a town of this name, you just have to back it up with the right amenities – a pub, cafe, souvenir shop and an aptly named outhouse toilet;  the Chicken Poop, of course. After the obligatory picture with the giant chicken and the purchase of a suitable tacky souvenir for my chicken-loving colleague, we headed on towards the Canadian border and our overnight stop just outside of Beaver Creek. 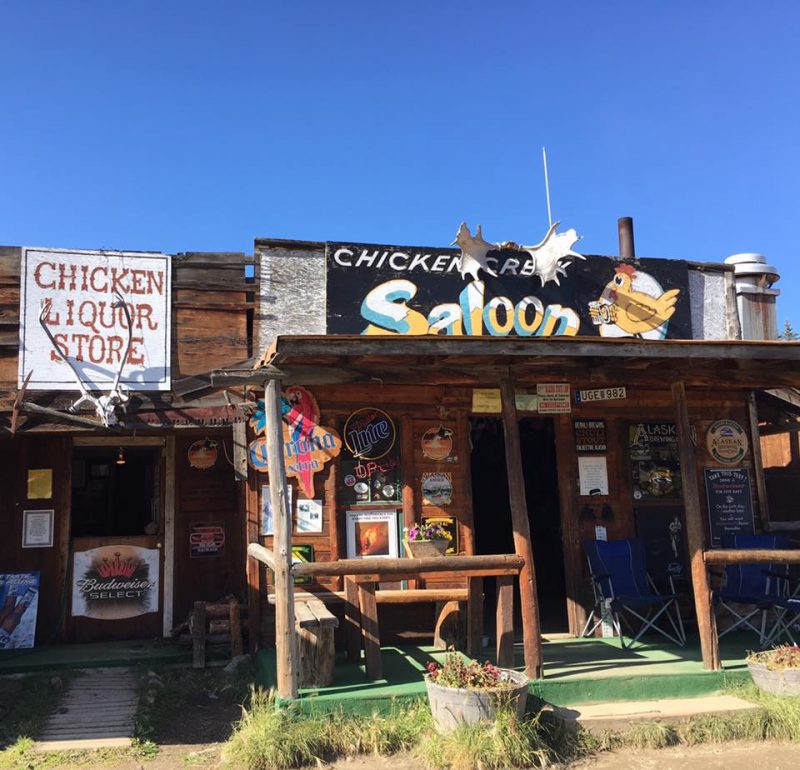 The final part of my trip was also probably the best; a flight seeing trip above Kluane National Park, viewing the largest non-polar icefields in the world. Also home to 17 of Canada’s 20 tallest mountains, including Mount Logan, the highest peak in Canada, Kluane is almost indescribable and even pictures really don’t do it justice. Suffice to say, I felt incredibly privileged to enjoy such a trip and very much overused the word wow. 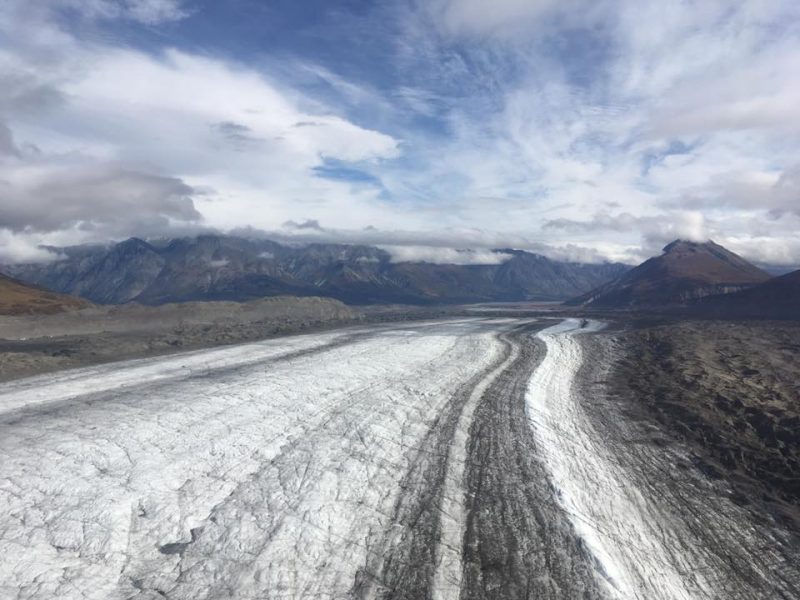 The Yukon was such an amazing place to visit; my next visit needs to be longer and I need the Aurora to put on a show while I am there too as that was really all that was missing from my Yukon adventure. 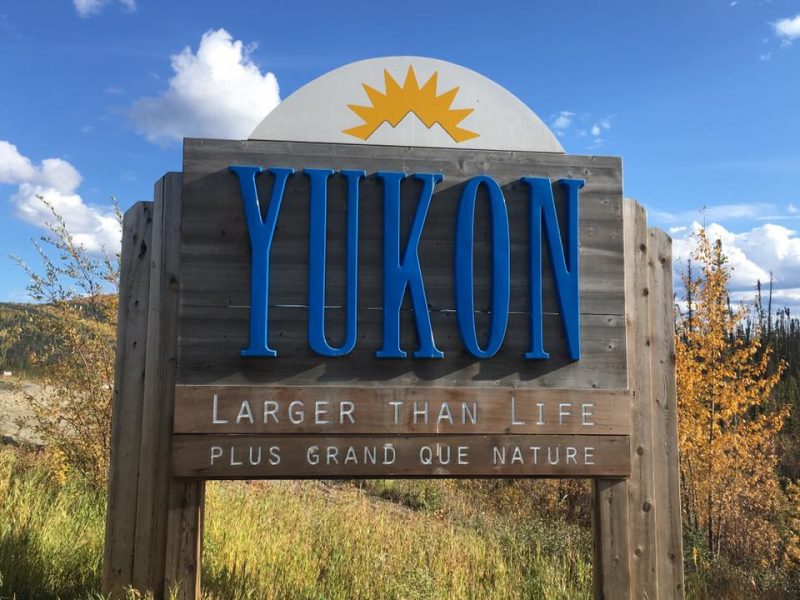