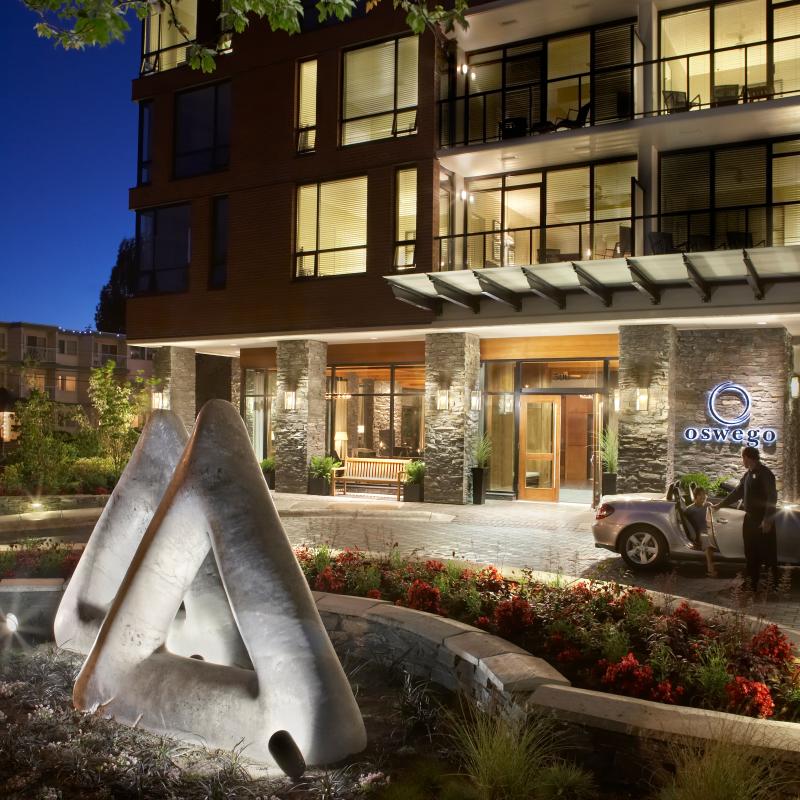 The Oswego all-suite hotel is in a quiet residential neighbourhood of Victoria yet is still near the Inner harbour and the downtown core. The chic Oswego Hotel has been built using an eclectic mix of rugged West Coast and contemporary design. There is a Bistro & Bar serving West Coast tapas, exclusively British Columbian wine list and deluxe continental buffet breakfast. 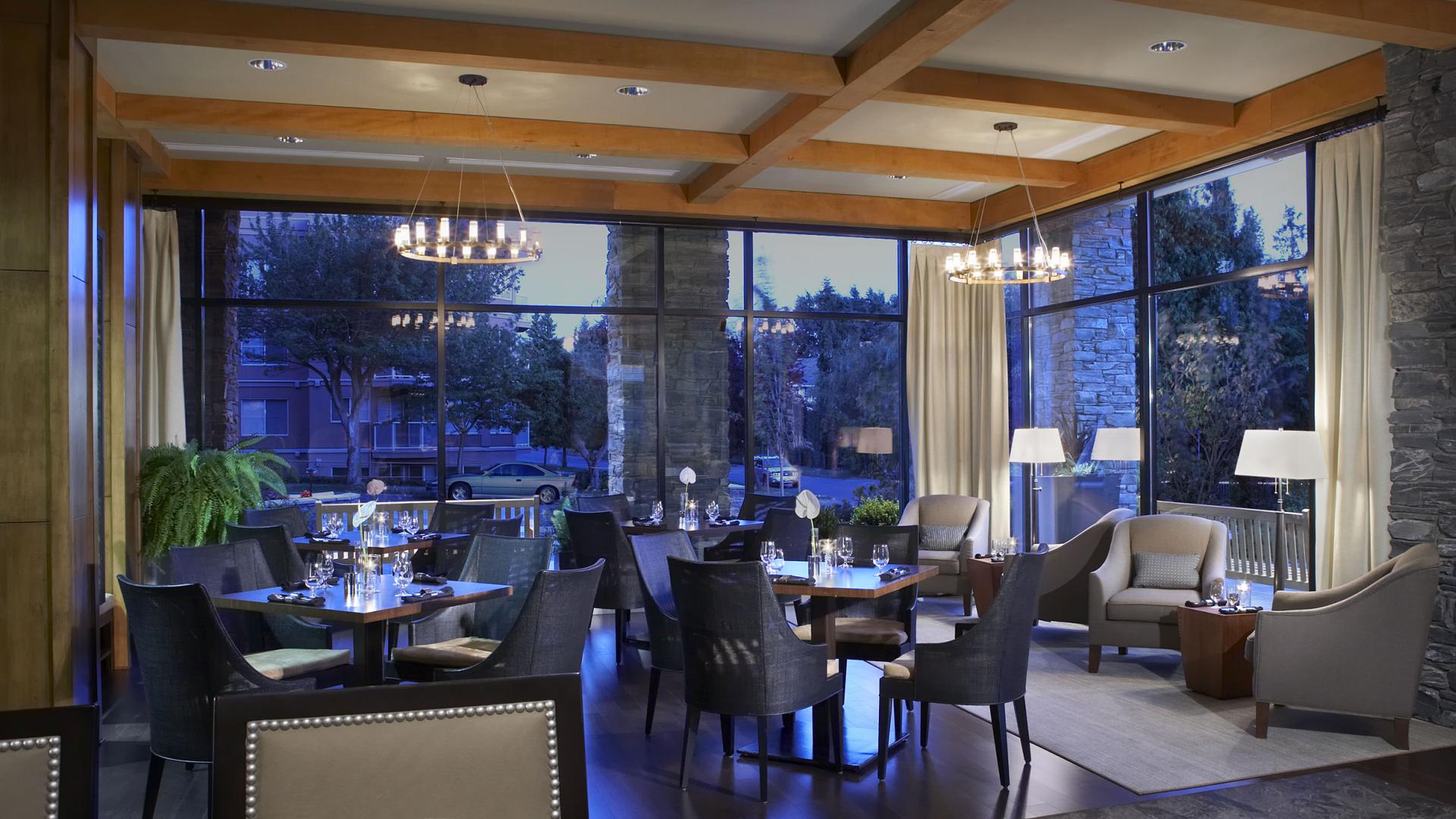 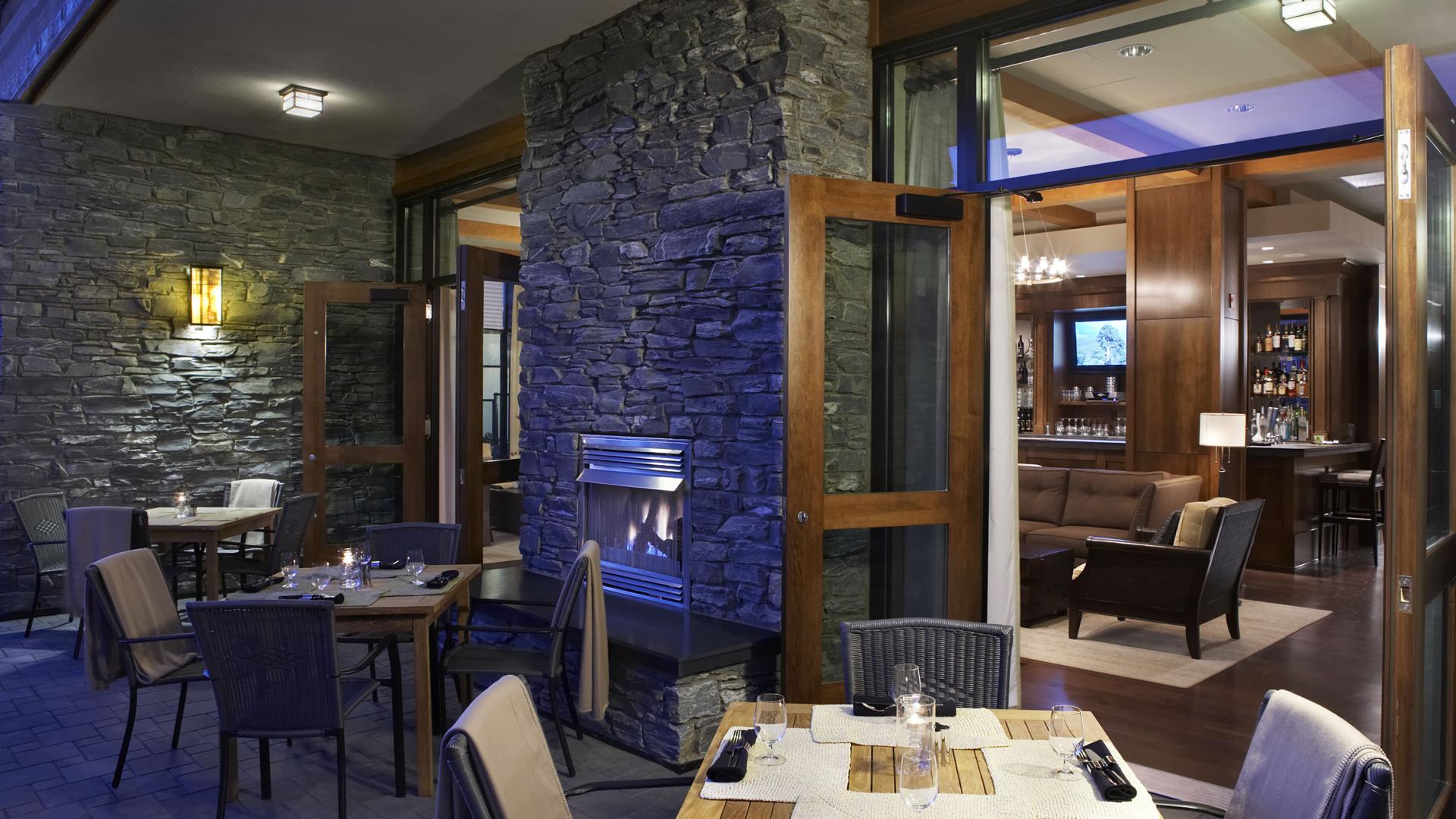 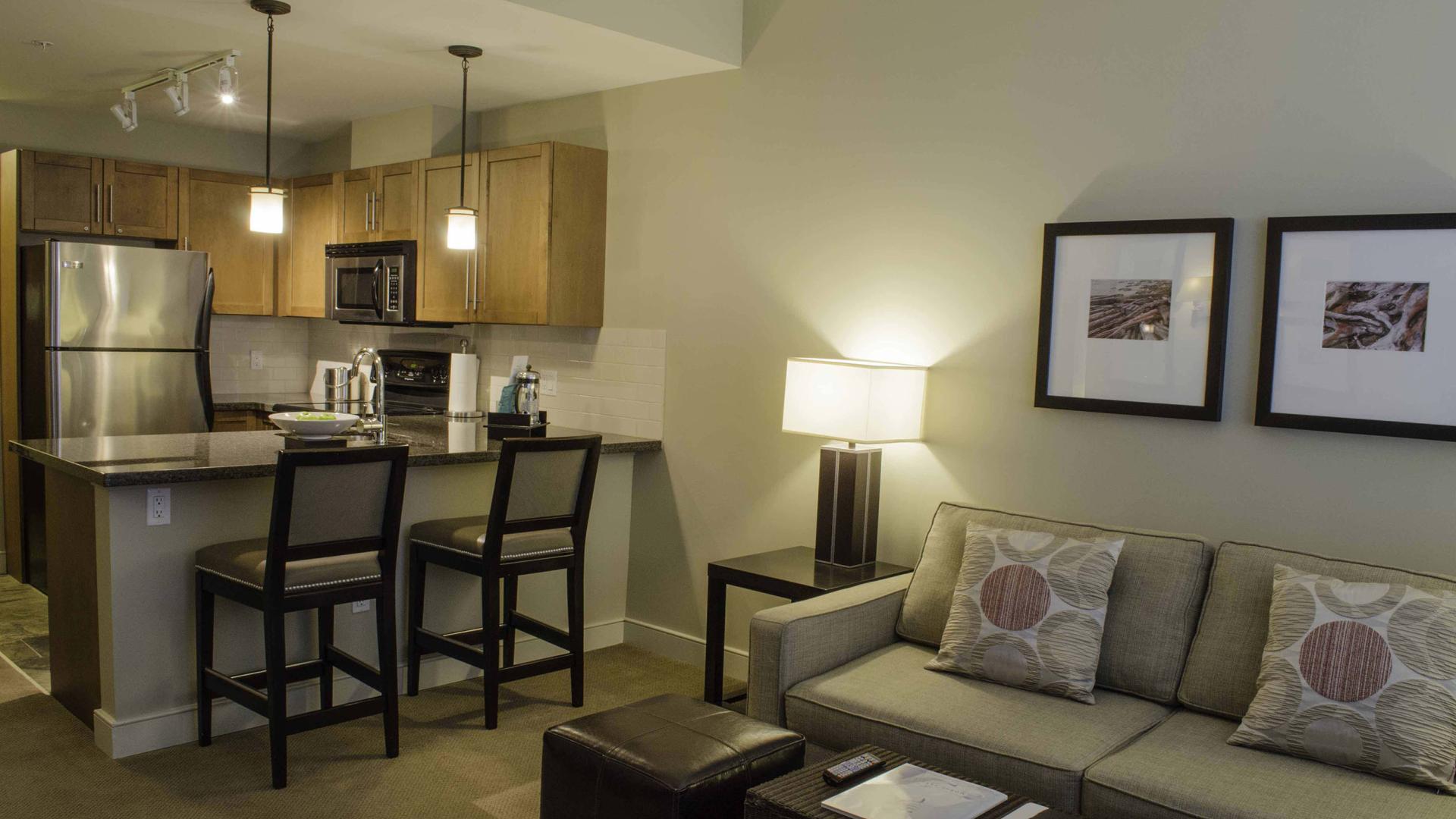 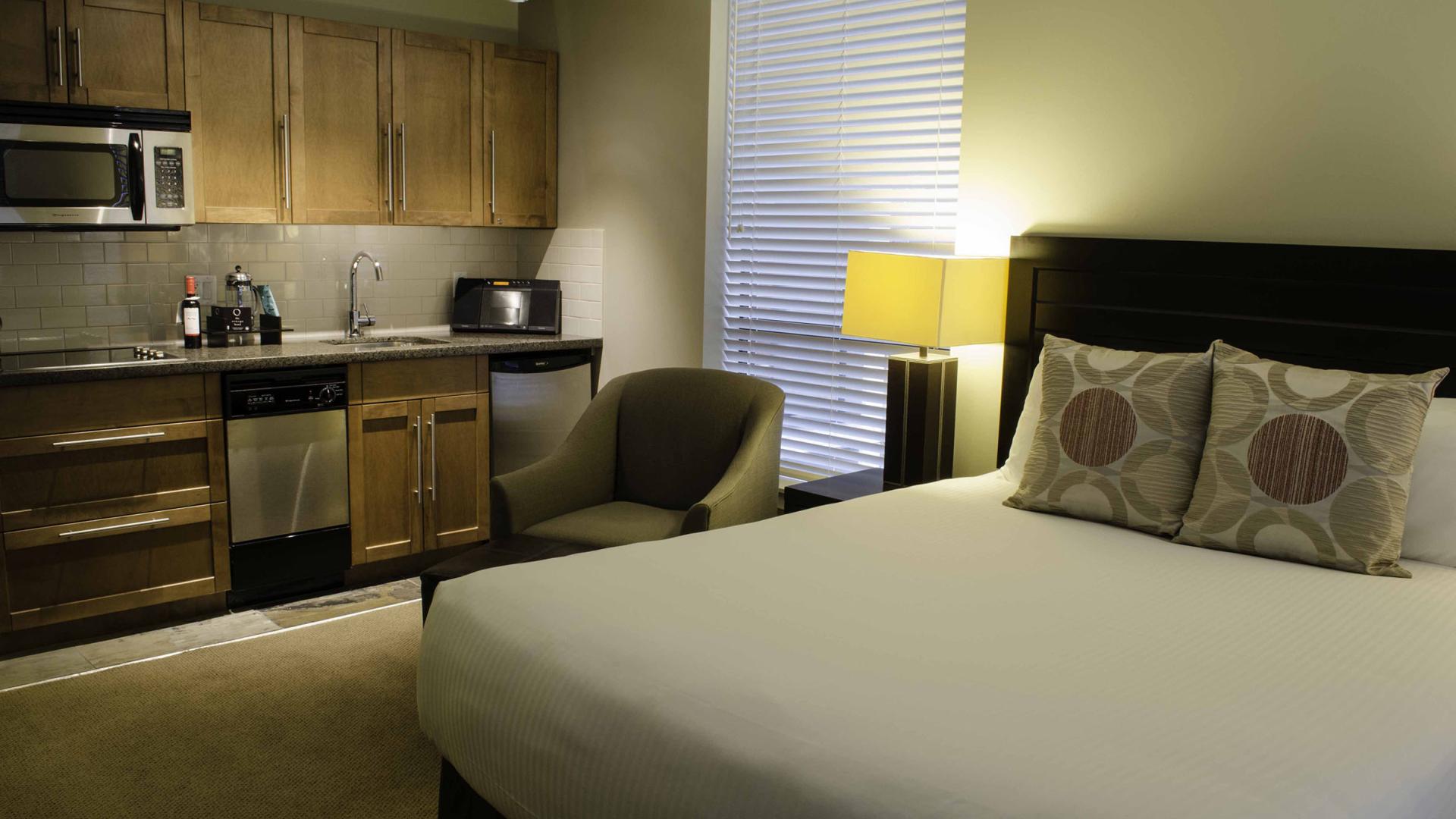 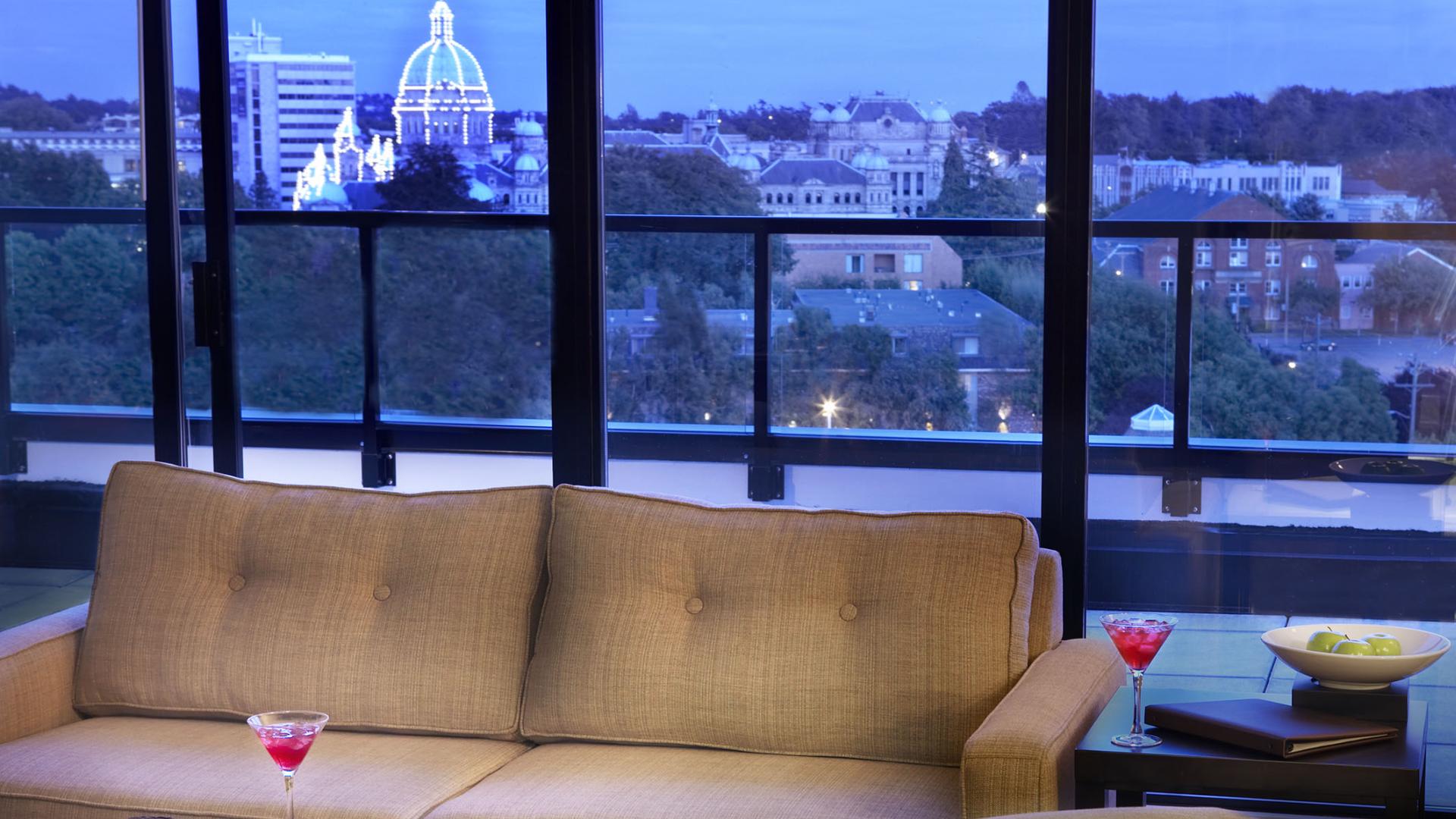 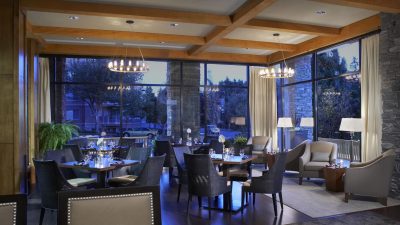 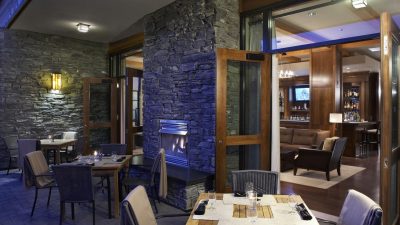 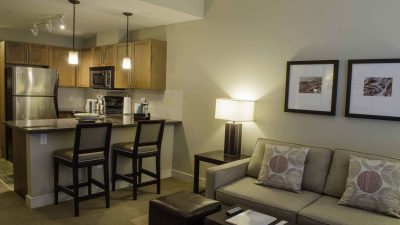 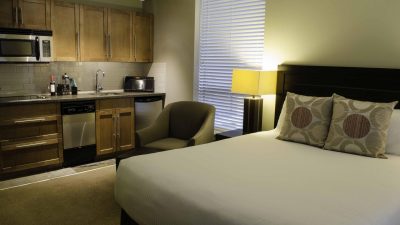 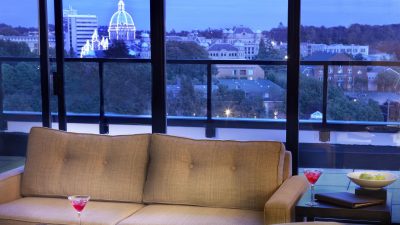 Studio suites have a queen-size bed, flat-screen television and a fully equipped kitchenette, along with a desk and wireless internet access. The suites are open concept with a dining table and large bathrooms with deep baths and separate shower, plush robes and towels. The average studio suite is 420 square feet and most have a private patio with beautiful views of the historic surrounding neighbourhood.

The modern design and spacious suites.