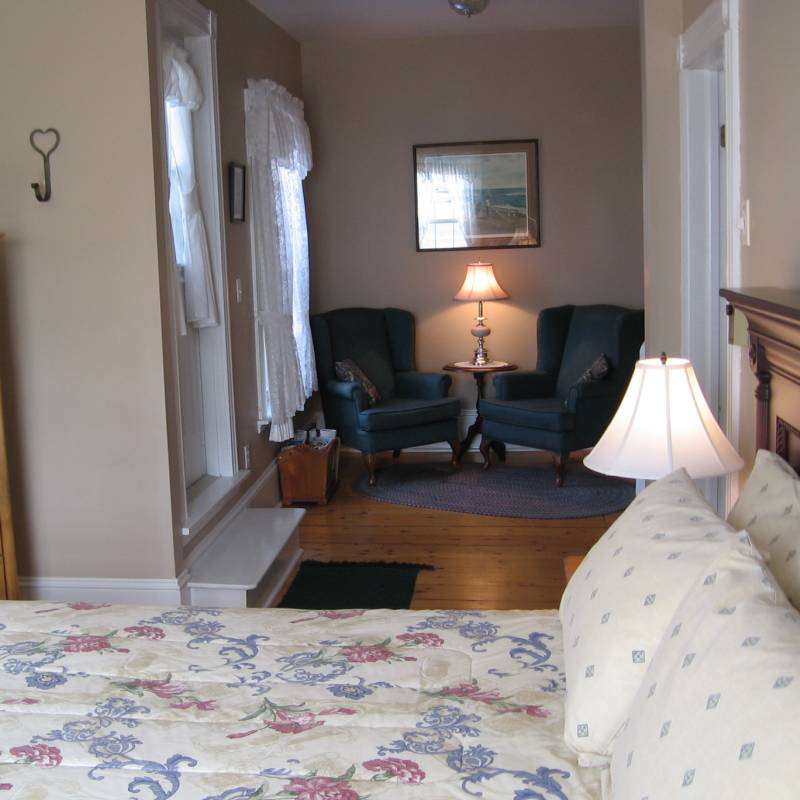 The Louisbourg Harbour Inn is right on the water fron in the village of Louisbourg on the south shore of Cape Breton.This century-old sea captain’s house, in which the innkeeper himself was raised, was built by Captain Thomas Townsend, a descendant of a prominent officer who fought in the 1758 siege of Louisbourg and was later granted this property for his service. The inn is on the corner of Lower Warren Street and Townsend Street, named after Captain Townsend. Six of the eight beautifully decorated guest rooms overlook historic Louisbourg Harbour. It is within walking distance of the local shops, restaurants, and the Sydney & Louisbourg (S&L) Railway Museum. The Fort is a short drive away. 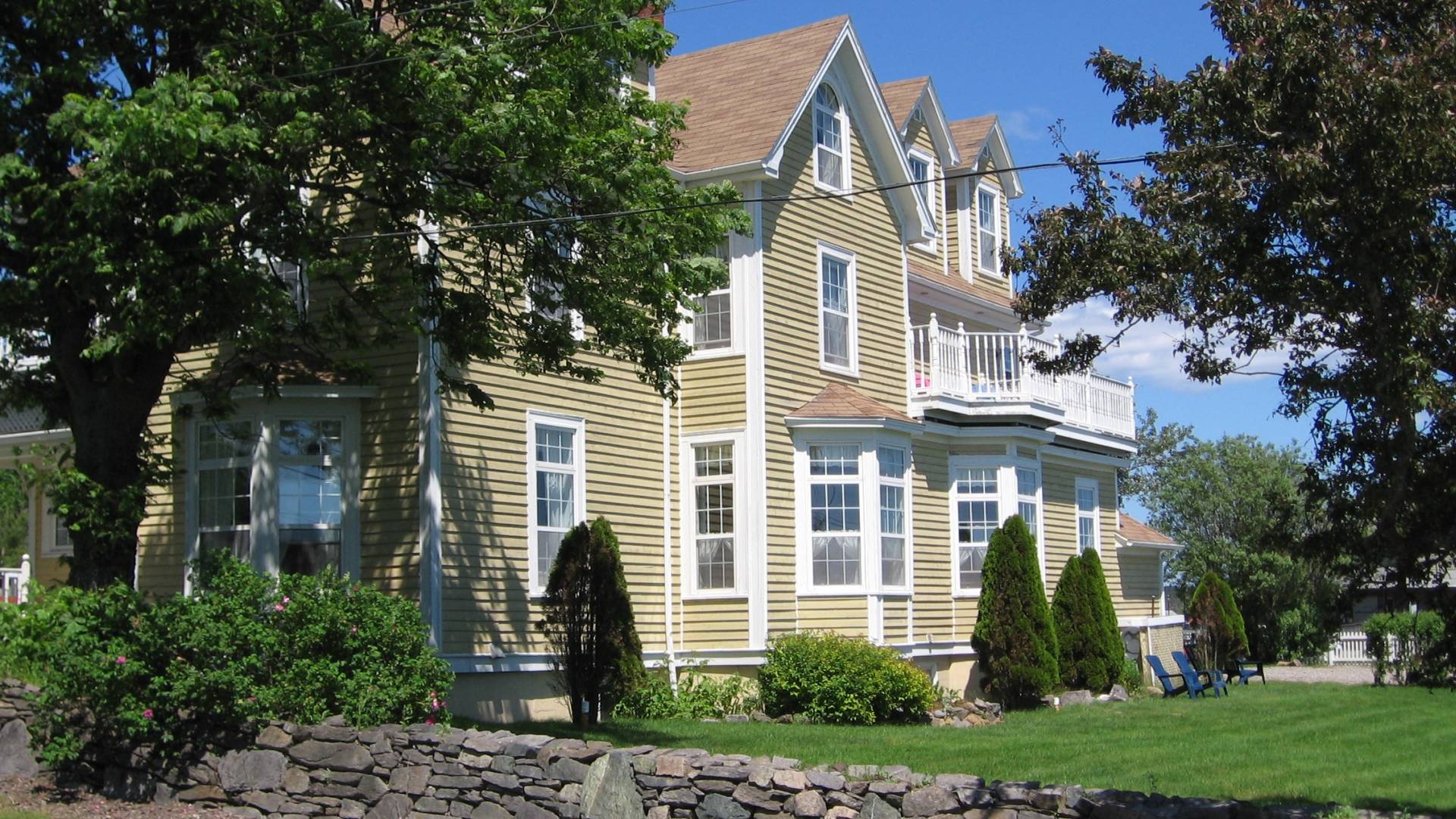 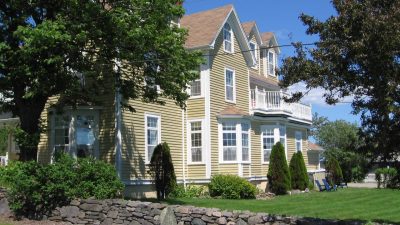 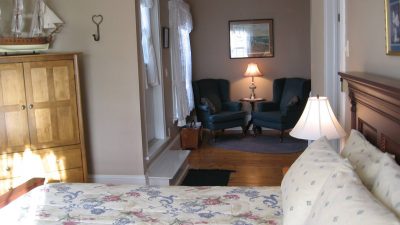 Each room has a queen bed, private ensuite bath, hardwood floors, high ceilings and homey furnishings. The guest balcony, overlooking the water, affords an excellent view of the harbour, from the nearby fishing boats and wharves out to the islands, Fortress and ocean beyond.

The character and the position.