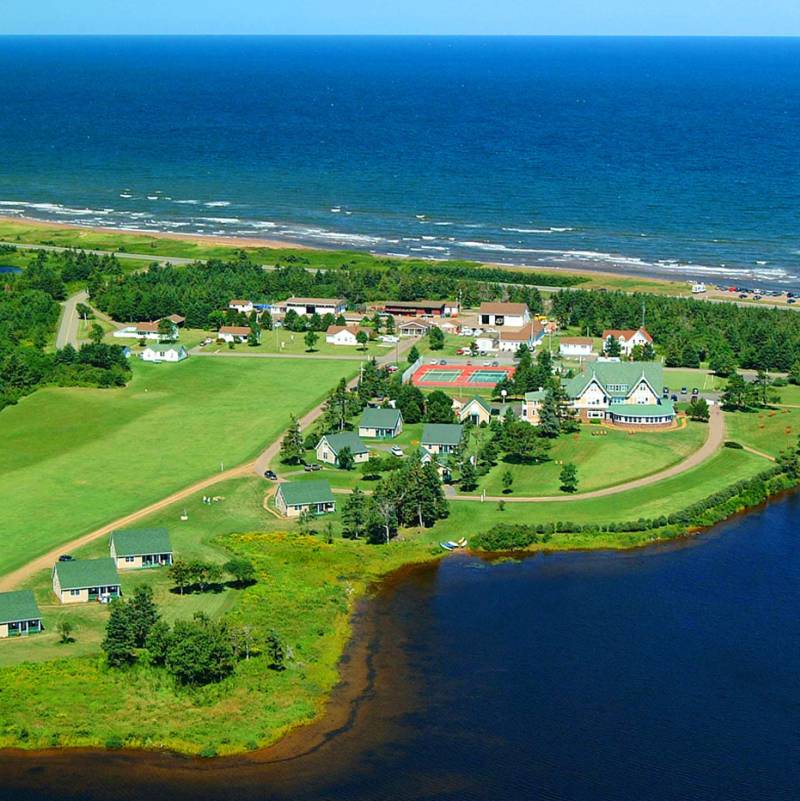 Home > Hotels in Prince Edward Island > Dalvay by the Sea

Dalvay by the Sea is an historic hotel, indeed it is a National Historic Site, very close to the beach on Prince Edward Island. It is also near the Anne of Green Gables museum in Anne’s Land. Dalvay by the Sea became know to us in England when the Duke and Duchess of Cambridge stayed here on their visit to Prince Edward Island in July 2011. The house was originally built in 1895 and was turned into a hotel in 1959 since when it has received rave reviews for its comfort and restaurant.

There are 25 guest rooms; all differently furnished but all with lovely antique furniture. They vary in price according to their position in the hotel. There are also 8 three bedroom cottages.

Its history and its position in the Prince Edward Island National Park.