Home > Blog > What not to miss in Toronto

Toronto is Canada’s major gateway from the UK with more flights from more airports than any other city, and it is a city that it is very easy to spend a few days in and still run out of time to do everything. Here’s a guide to our five favourite things to do in Toronto.

Dominating the city skyline at over 1,815 feet high, you cannot miss the CN Tower, one of Canada’s most recognizable and celebrated icon. This engineering Wonder of the Modern World hosts world-class entertainment and dining and is a must-see for anyone visiting Toronto. Spectacular views include floor-to-ceiling panoramic Window Walls, world-famous Glass Floor, SkyPod and glass fronted elevators with glass floor panels. For the more daring, take the EdgeWalk, the world’s highest ‘hands-free’ external walk, 1,168ft (116 stories) above the ground. 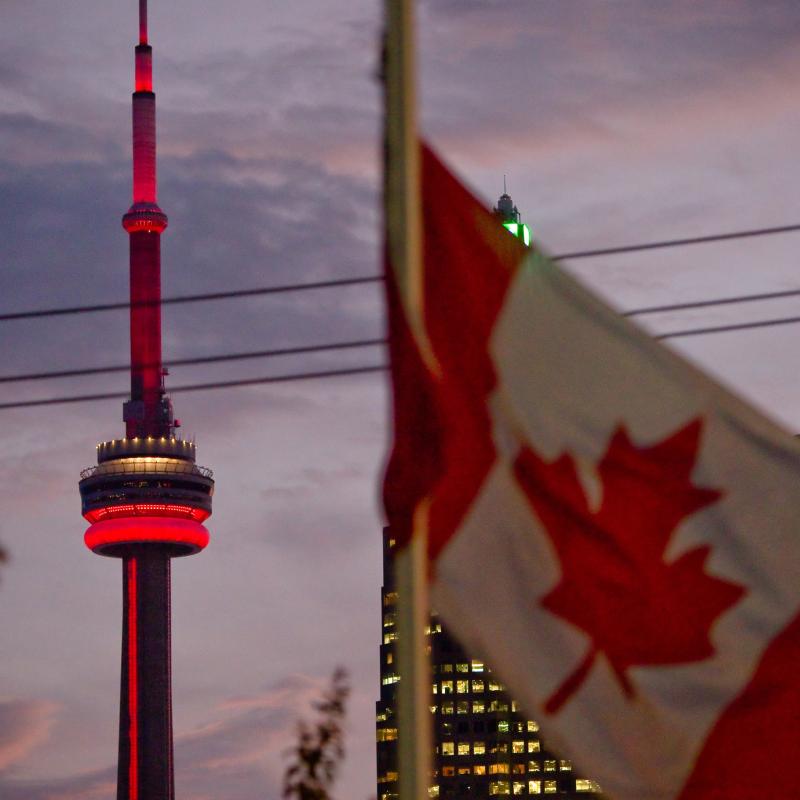 The CN Tower at night

With over 20,000 aquatic animals and North America’s longest underwater viewing tunnel with more than 5.7 millions litres of water, Ripley’s Aquarium offers visitors the opportunity to get up close and personal with several touch exhibits in 9 carefully curated galleries which showcase saltwater and freshwater environments from all over the world, starting with species from Toronto’s backyard, the Great Lakes basin.

With sharks, rays, green sea turtles, sawfish and nettle jelly fish which are illuminated in beautiful colours, this experience is inspirational as well as educational and it promotes conservation and and research to respect and protect the waters of the world. 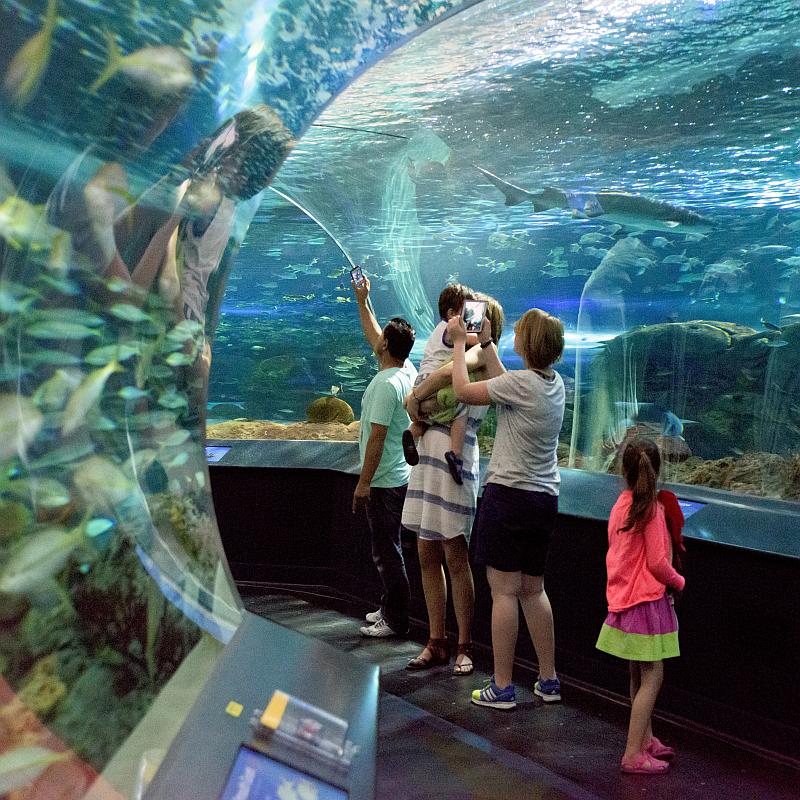 Toronto is a great city for a shopping weekend or even just picking up gifts during a holiday. With everything from designer stores – including Canada’s first Saks of 5th Avenue – and other names such as Prada in Yorkville to boutiques and department stores in the many malls. There is also outlet shopping, great sportswear and antique and flea markets. Old Town Toronto is home to the fabulous St Lawrence Market with its weekly farmer’s market and the distillery district. This was once home to the famous Gooderham and Worts Distillery but is  now a pedestrian-only area containing over 70 of Toronto’s hottest designer boutiques, artisan shops, restaurants and art galleries. The restored red-brick Victorian-era buildings and cobblestone streets will make you feel like you’re in an old European town as you stroll among inviting patios and store-fronts and shop till you drop! 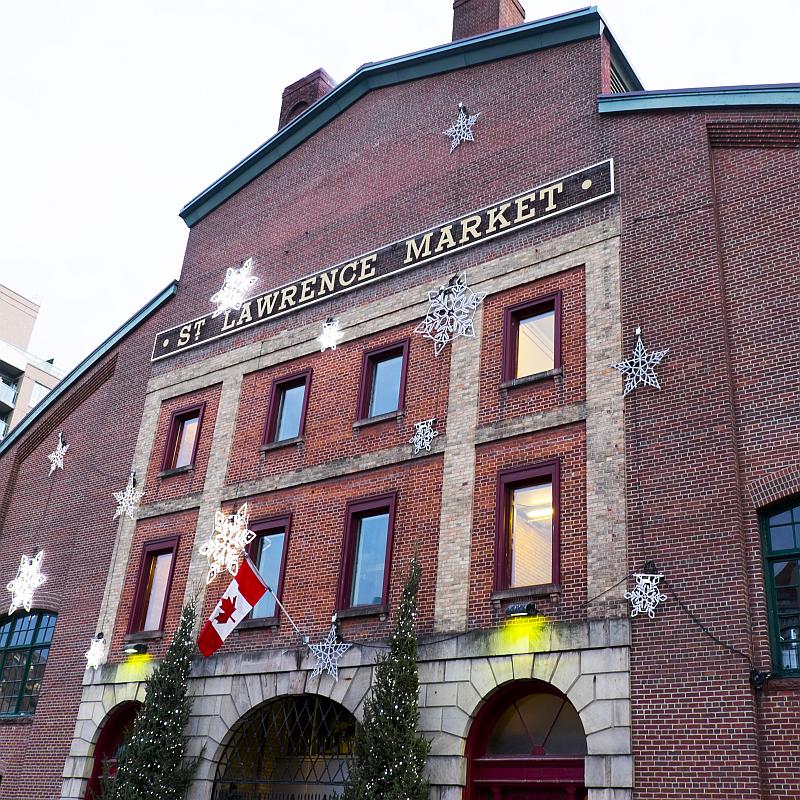 Sporting events in Toronto can take over the city and everyone gets involved. The recent success of the Raptors in basketball brought the streets to life with everyone celebrating the first Canadian team to win the NBA championship. The Toronto Maple Leafs are probably one of the most famous ice hockey teams in the world and the Toronto Blue Jays play in the fabulous Rogers Centre stadium in the heart of the city. And the beloved game of football – or soccer to the Canadians – is alive and well with Toronto FC. Take in a game, grab a foam finger or cap and cheer like a local. 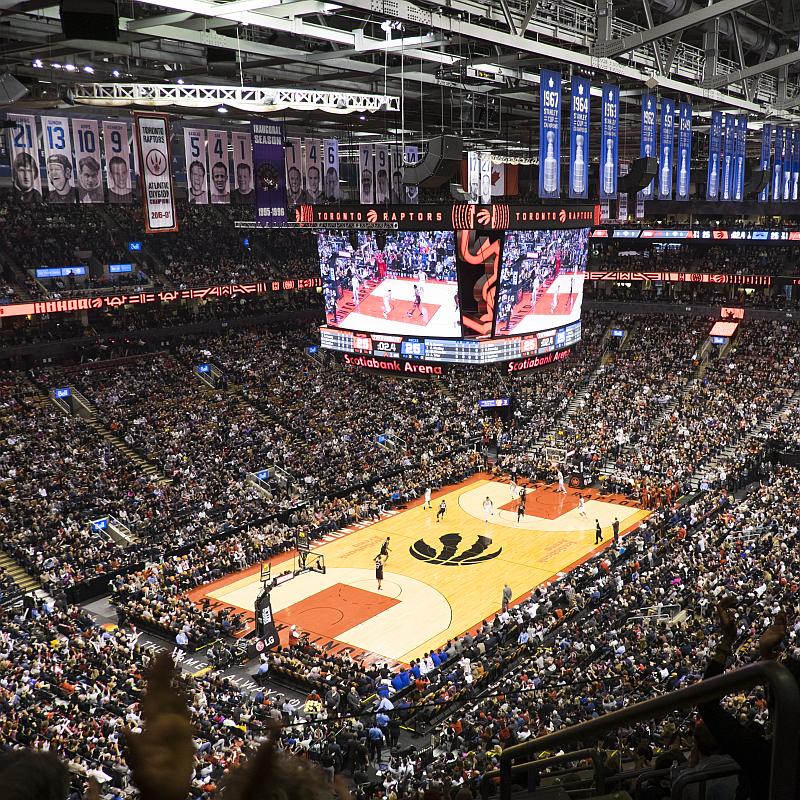 The Toronto Raptors at Scotiabank Arena

Founded in 1914, the Royal Ontario Museum – known locally as the ROM – serves as a national landmark, showcasing art, culture and nature from around the world and across the ages. Among the top 10 cultural institutions in North America, Canada’s largest and most comprehensive museum is home to a world-class collection of 13 million artworks, cultural objects and natural history specimens, featured in 40 gallery and exhibition spaces. This architectural gem is a dynamic cultural destination in the heart of Toronto for all to enjoy. 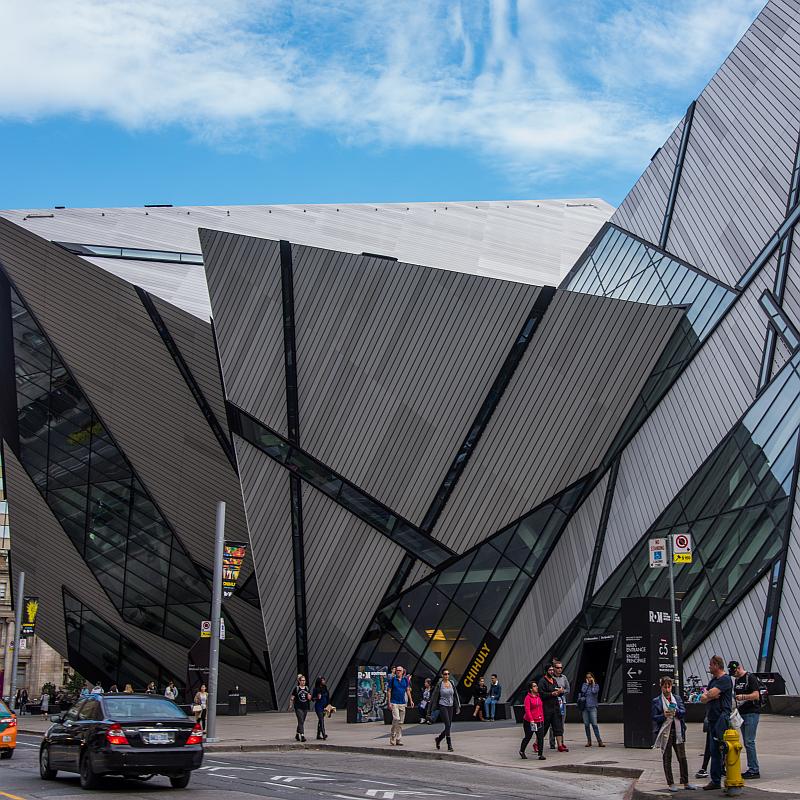