Canada’s first railway, the Champlain and Saint Lawrence Railroad, was opened in 1836 and the first of the grand railway hotels, the Windsor Hotel in Montreal opened in 1878. The Windsor was not owned by a railway company, but its location next to Montreal’s main train station made it perfect as the permanent residence of executives of the Canadian Pacific Railway.

In 1885, the completion of a single railway line from coast to coast, the Canadian Pacific Railway, opened up the whole country to tourism and the first of the grand hotels that we know today, the Hotel Vancouver, was opened on May 16, 1888. 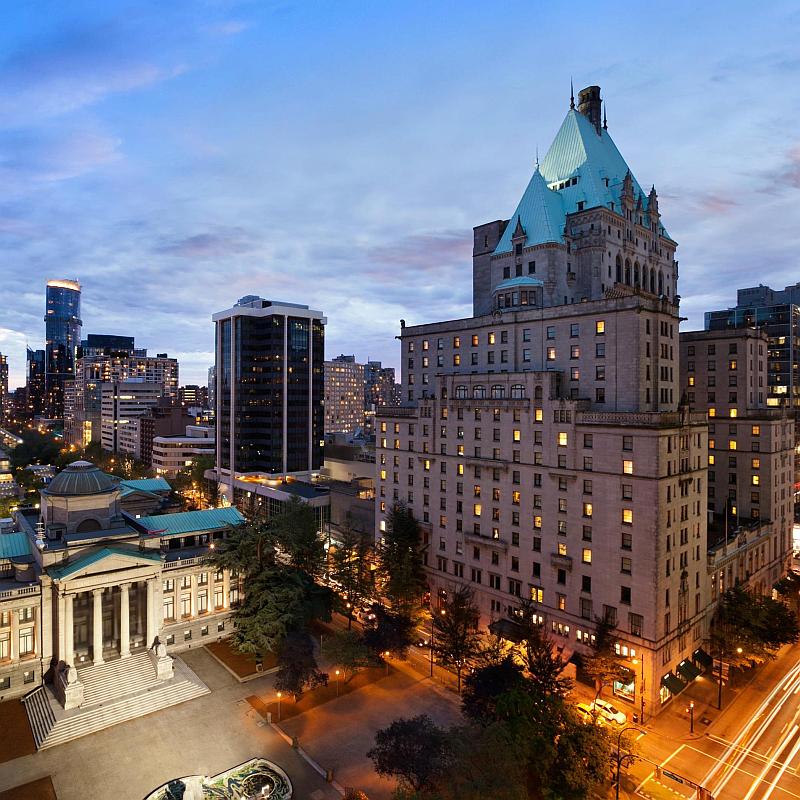 The president of the CPR, William Cornelius Van Horne, famously said “If we can’t export the scenery, we’ll import the tourists”; his vision of turreted hotels in the French chateaux/Scottish baronial castle style was epitomised by the opening of the Banff Springs in June, 1898, on a site personally selected by Van Horne.

Over the years, these grand railway hotels have been built – and some rebuilt after demolition or fire – in glorious mountain settings and urban centres and have become true Canadian landmarks.  Many of these luxurious hotels have, to this day, been sought out by celebrities, heads of state and royalty and continue to be popular choices for holidaymakers all over the world.

Originally built in 1911 on the shores of Lake Louise, the wooden Rattenbury Wing of the hotel was destroyed by fire in 1924 and replaced by the current Barrot Wing one year later. The Painter Wing, built in 1913, is the oldest existing portion of the hotel. 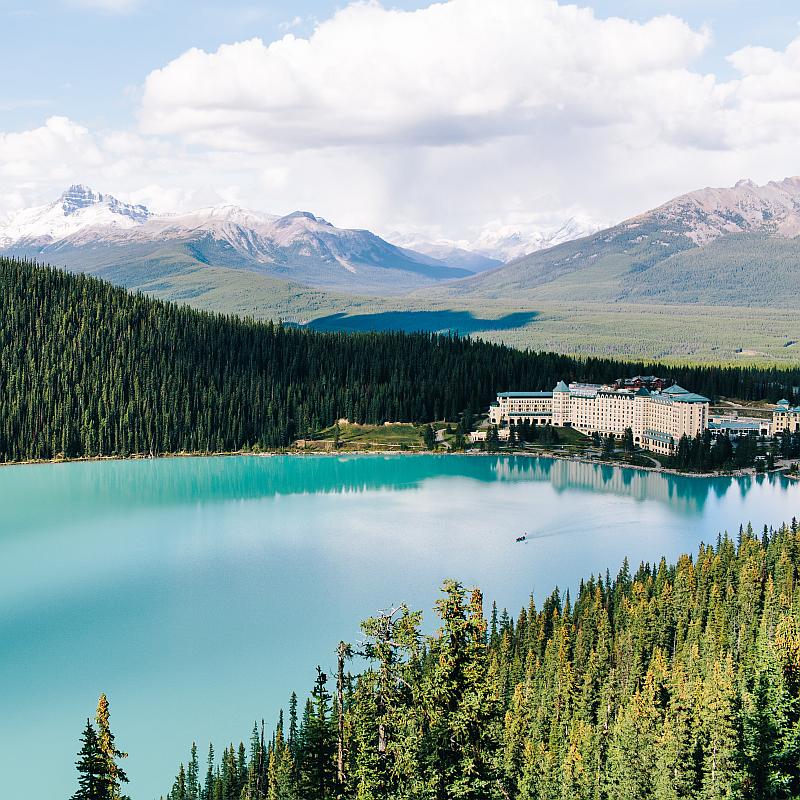 One of the original hotels, opened in 1893, the Chateau Frontenac in Quebec City was designed as a rival to European luxury chateau-style hotels, and its elevated location overlooking the city and the Saint Lawrence River quickly made it an identifiable landmark where notaries such as Winston Churchill and Franklin D Roosevelt have stayed. The hotel has also been designated a UNESCO World Heritage Site. 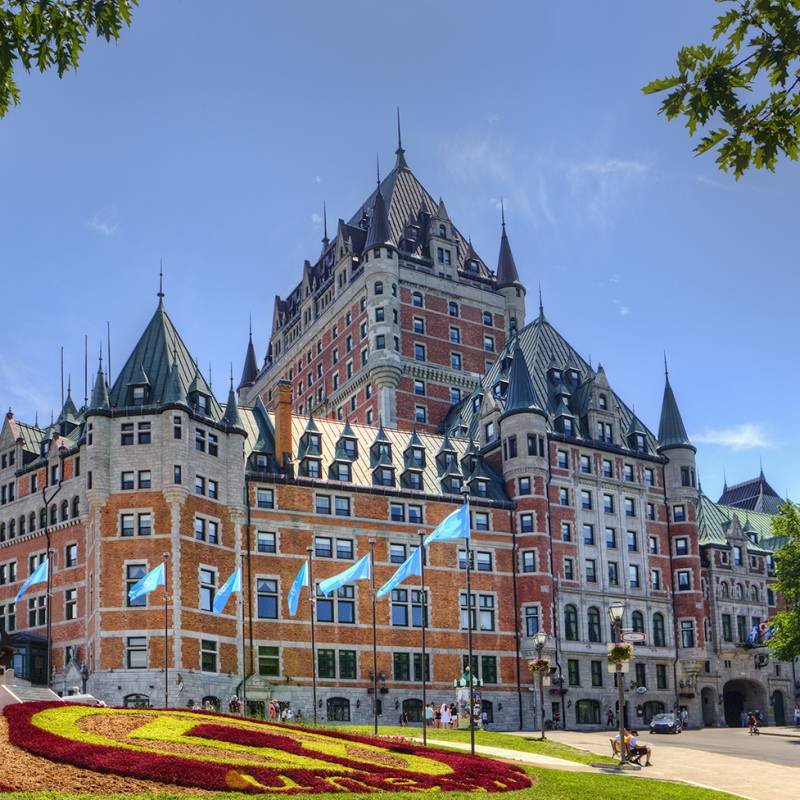 The Royal York in Toronto is the largest of the railway hotels and when it was built in 1929, the 28-storey property was the tallest in the British Commonwealth. Each of the 1,000+ rooms had their own private bath, shower and telephone, which was unusual for hotels of that era. The 90th anniversary of the property in 2019 unveiled the new lobby echoing the hotel’s art deco history. 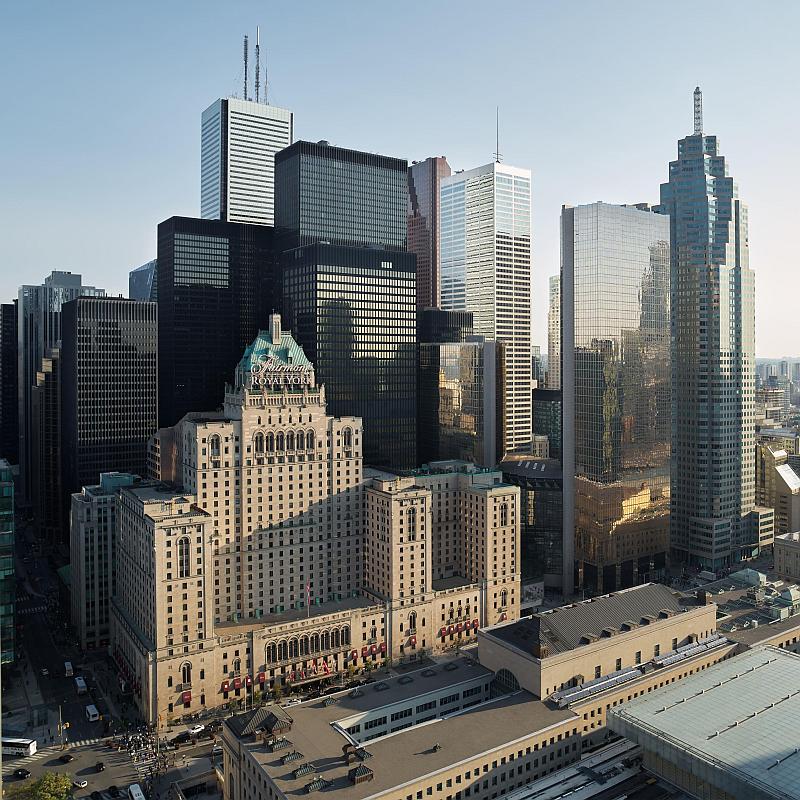 The original Algonquin Resort opened in 1889 – when the rates were $3 – $5 per day! –  but sadly, much of the original shingle-style building was destroyed in a fire in 1914. The last Canadian Pacific Railroad guest was dropped off at the rebuilt Algonquin in 1958, and since then, the tudor-style hotel has undergone many renovations, the latest in 2014. The hotel’s golf course originally opened in 1894, being redesigned in 2018 by Rod Whitman but still features the oldest clubhouse in Canada. 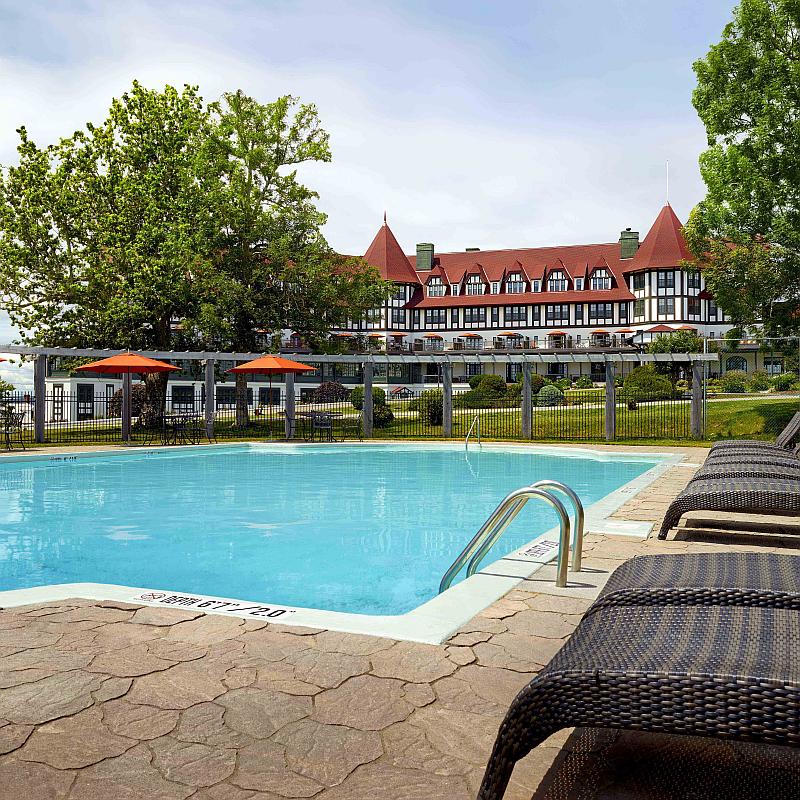 The outdoor pool at Algonquin Resort

Last but not least, no roundup of the grand railway hotels would be complete without including the Banff Springs, one of Canada’s most distinctive landmark properties. Built in the style of a Scottish baronial castle, the Banff Springs was the jewel in the crown of Canadian Pacific Railroad’s railway hotels and was designated a National Historic Site of Canada 100 years after it first opened. It remains to this day a true Canada icon and a must-visit for visitors to Banff. 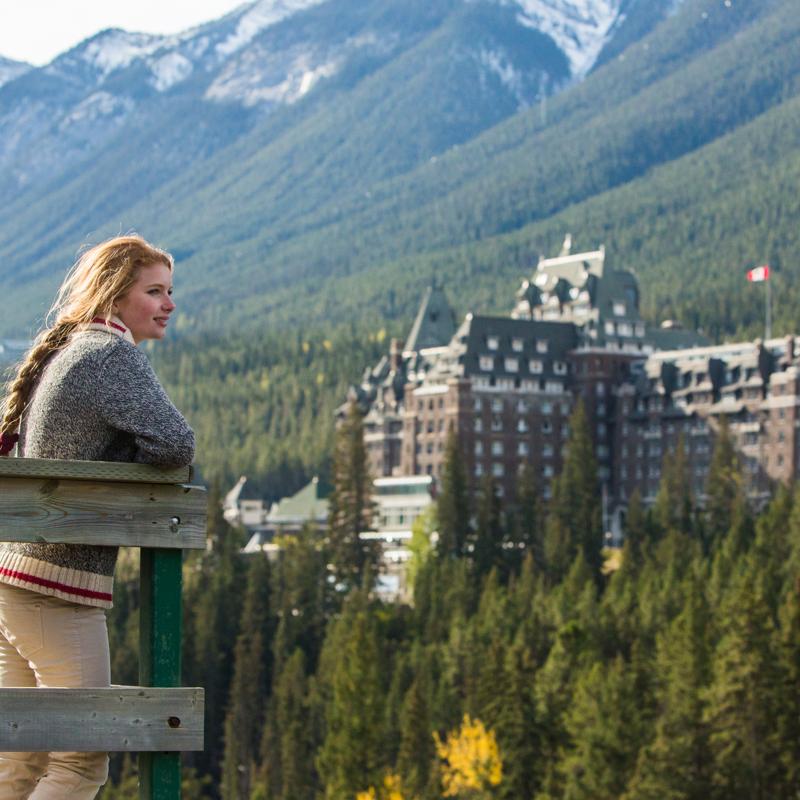 The grand railway hotels are a big part of Canada’s history, and while train travel is not the primary transportation method it was in the 1900s, the hotels are still sought after by travellers worldwide and each has its own story to tell.