Canada is, enviably, home to the great outdoors, with mountains, lakes, oceans and forests at its heart and the wide, open spaces are one of the main reasons for taking a holiday in this vast and beautiful country. All of this is easily accessible from Canada’s major cities but there is also much more to explore in each of the gateways than meets the eye.

Probably the best-known of Canada’s major cities and the most popular, be it for a weekend shopping break, a starting point for visiting Niagara Falls, for exploring Ontario’s myriad of provincial parks, or indeed as a stopover enroute to other parts of Canada. Toronto is dynamic, cosmopolitan, stimulating and the cultural and financial heart of Canada, yet with open spaces of its own, like the islands – just a short trip away across the harbour – or the nearby local beaches. The skyline is dominated by the imposing and iconic CN Tower and with its shopping districts, museums, sports and a thriving theatre and culinary scene, Toronto is definitely a city for all seasons. 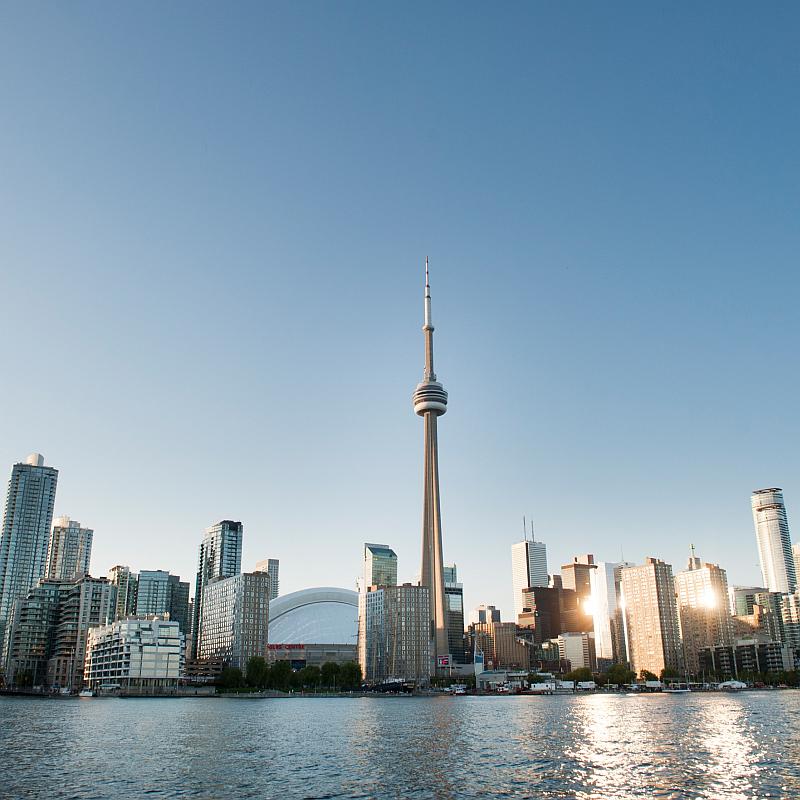 Toronto Skyline from the water

Montreal seamlessly blends the old and the new to give a lively French-infused vibe to Quebec’s largest city, which is located on an island in the Saint Lawrence River. The city is made up of many small neighbourhoods which range from the cobblestoned old Montreal – with the beautiful Notre Dame Basilica at its centre –  to the quirky and colourful Plateau, with its spiral staircases and buzzing nightlife. Montreal is home to many of Canada’s most exciting summer festivals too and summer in the city includes homages to comedy and jazz, while a winter break to this exhilarating city could also include a skiing trip in nearby Tremblant. 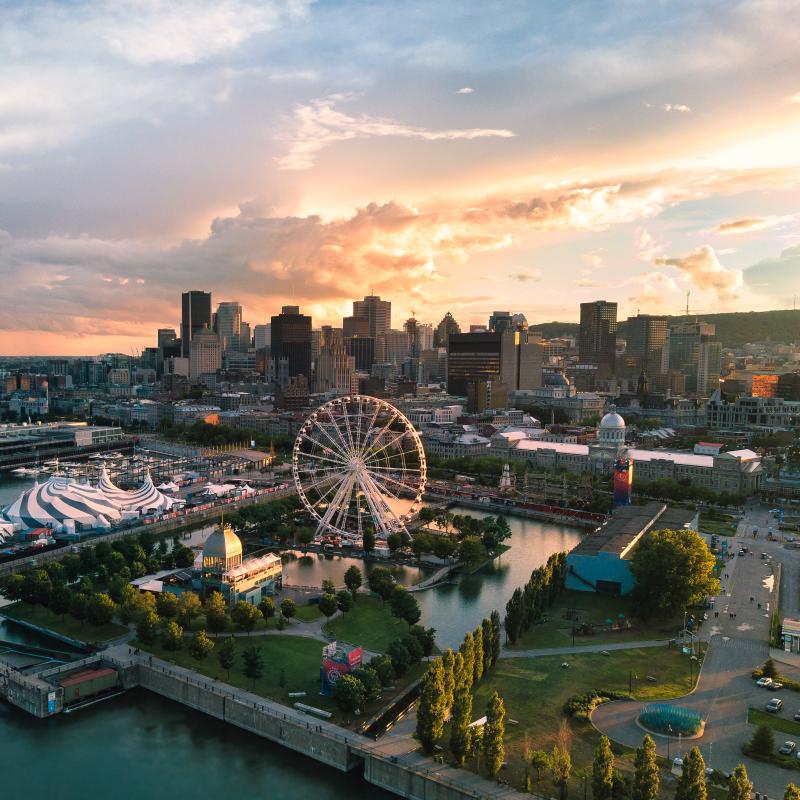 Capital of Nova Scotia, just 6 hours from London and gateway to Atlantic Canada, Halifax is a city growing in stature in every way. The waterfront and harbour form the beating heart of this city, with historic buildings, bars, restaurants and museums lining the lively boardwalk. The famous lighthouse at Peggy’s Cove is just 40 minutes away from downtown Halifax, and you certainly do not have to venture far to enjoy Nova Scotia’s most-loved cuisine, seafood, especially lobster. This stunning city on the sea is made for exploring on foot and to spend a few days before taking your car on the ocean roads to see more of the maritimes. 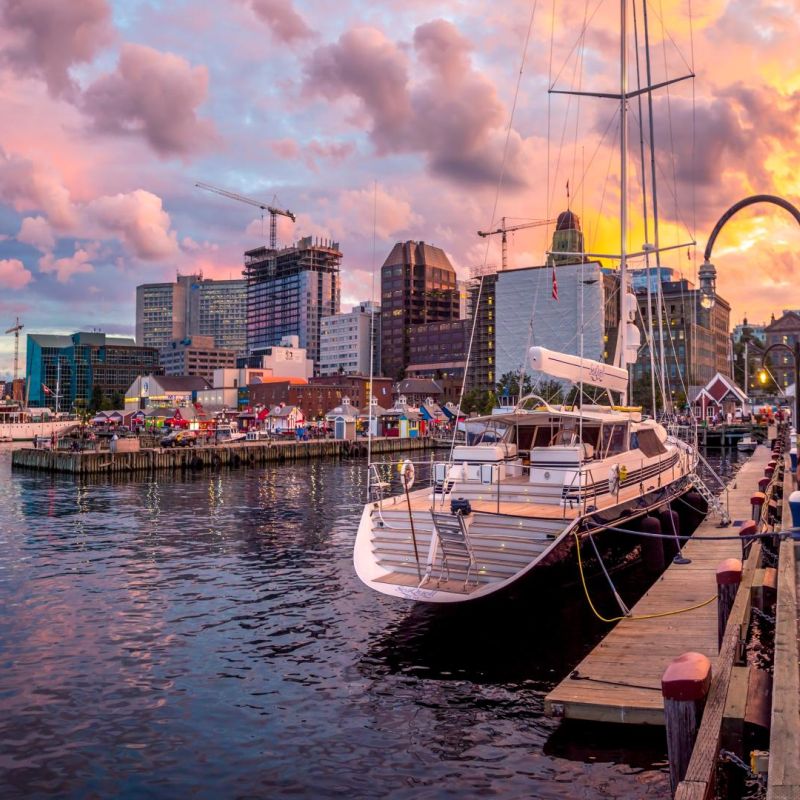 Gateway to the magnificent Canadian Rockies, the city of Calgary is the entry point for many visitors to Western Canada and is worthy of a stopover to enjoy the many attractions of ‘Cowtown’, as it is fondly known by some. Home to the Calgary Stampede – sadly postponed for 2020 – July is the time the cowboy city really comes to life but there is much to enjoy year-round with the Calgary Tower, the fabulous zoo and Heritage Park, to name but a few of Calgary’s top attractions. 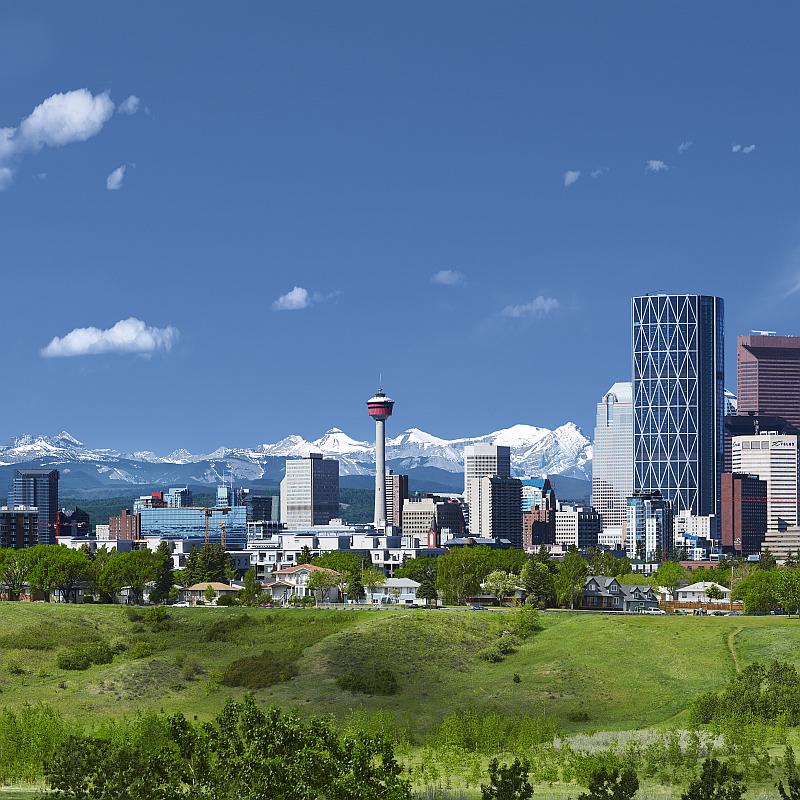 The city of Calgary

Arguably not only Canada’s most beautiful but one of the most picturesque cities in the world, Vancouver has the Pacific Ocean and the coastal mountains as its backdrop, with acres of green space – namely the 400-acre Stanley Park – at its heart, not to mention stunning beach areas like English Bay and Kitsilano. The most western access point to Canada, Vancouver is often named as one of the most liveable cities in the world too and its appeal is easy to see. Whether you discover the pathways into nature at Capilano Suspension Bridge Park, take the sky-ride to the top of Grouse Mountain or enjoy fresh local produce at Granville Island, Vancouver is a city to savour, in every way. 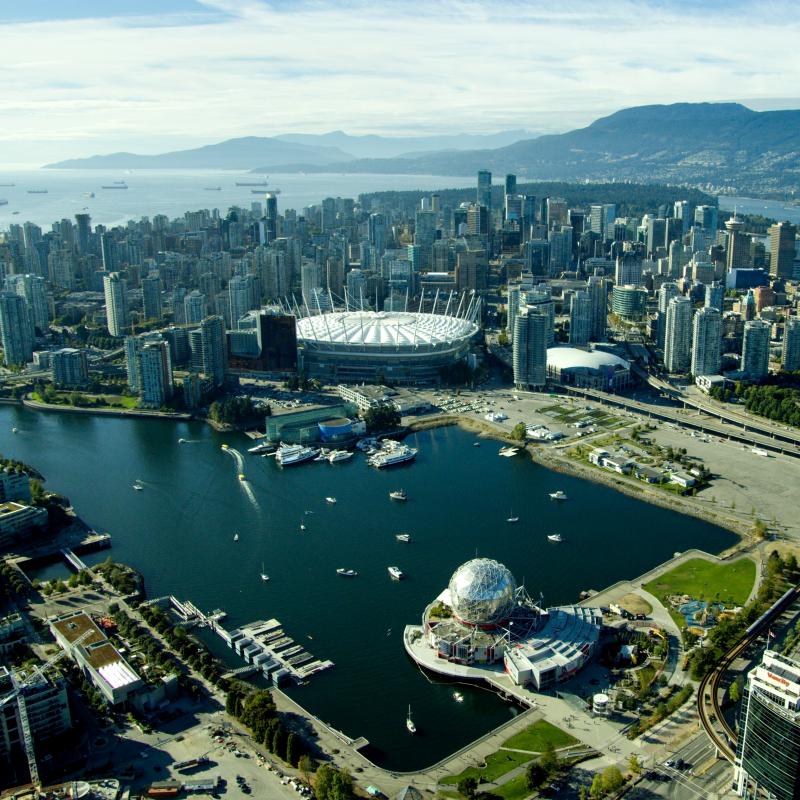 Technically, Ottawa is not one of Canada’s gateways, but a round-up of Canada’s best cities has to include the country’s capital. An easy drive from Toronto or Montreal, Ottawa is perfect for a few days on a touring holiday of Ontario and Quebec. Springtime in the city is the prettiest with the Tulip Festival in full bloom in May, while the Rideau Canal which connects Canada’s capital to Lake Ontario and the Saint Lawrence River at Kingston, Ontario turns in to the world’s largest skating rink every winter. 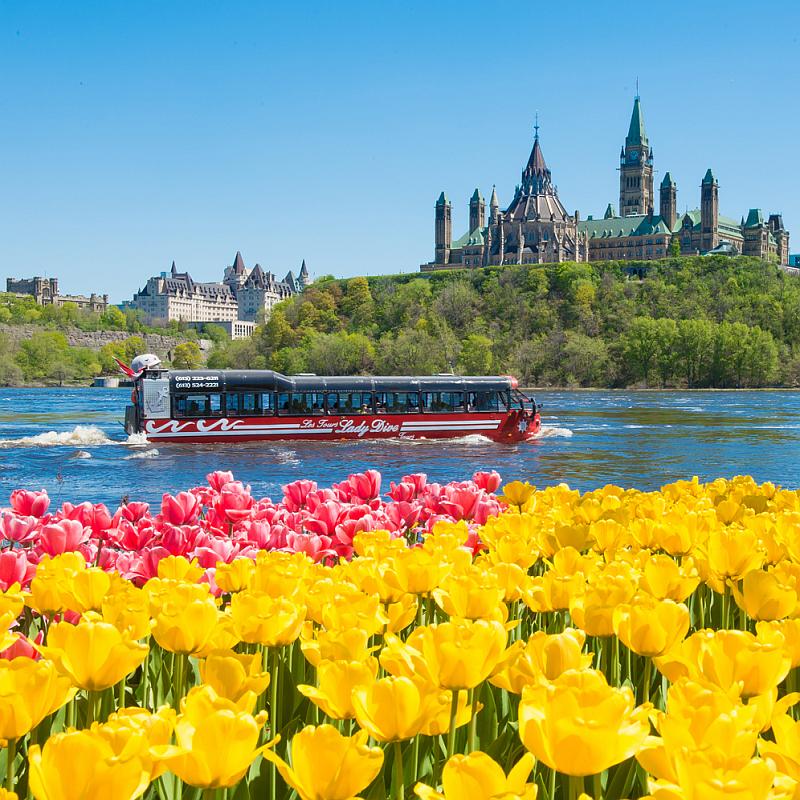