Canada is a naturally beautiful country and it has more than it’s fair share of natural wonders. So we’ve selected our top five; see if you agree with our choice of these incredible phenonmena.

Any list of Canadian natural wonders would not be complete without one of the beautiful lakes and our choice here may surprise. Lake Louise may be the most famous in the Canadian Rockies and it is incredibly scenic. But the smaller Moraine Lake is the real jewel in the area that is, after all, a natural wonder in itself. The stunning turquoise water of Moraine Lake is surrounded by sheer-sided peaks that emphasis the drama of the lake’s colour. Indeed the snow-capped mountains and forests are all part of the picture that has been used on many a postcard and will continue to be for a long time to come. 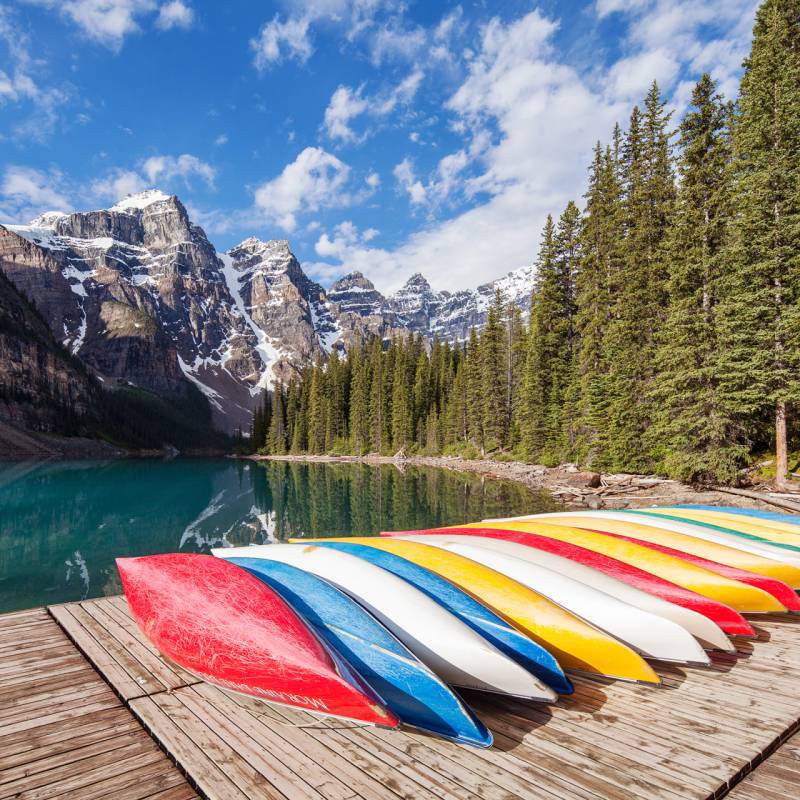 There really is nowhere in the world quite like the temperate rainforest on the north coast of British Columbia. It is the world’s largest intact temperate rainforest, extending 250 miles across the coast and the central areas of BC. An area renowed for its old-growth forest, fjords and, of course, the spectacular array of wildlife from wolves to whales. However, bears are the big wildlife draw to this natural wonder; many grizzlies call the Great Bear Rainforest home, but the most famous resident is the kermode, or spirit, bear whose golden coat is a varial of the black bear. A once-in-a-lifetime moment if you are lucky enough to spot this rarest of creatures. 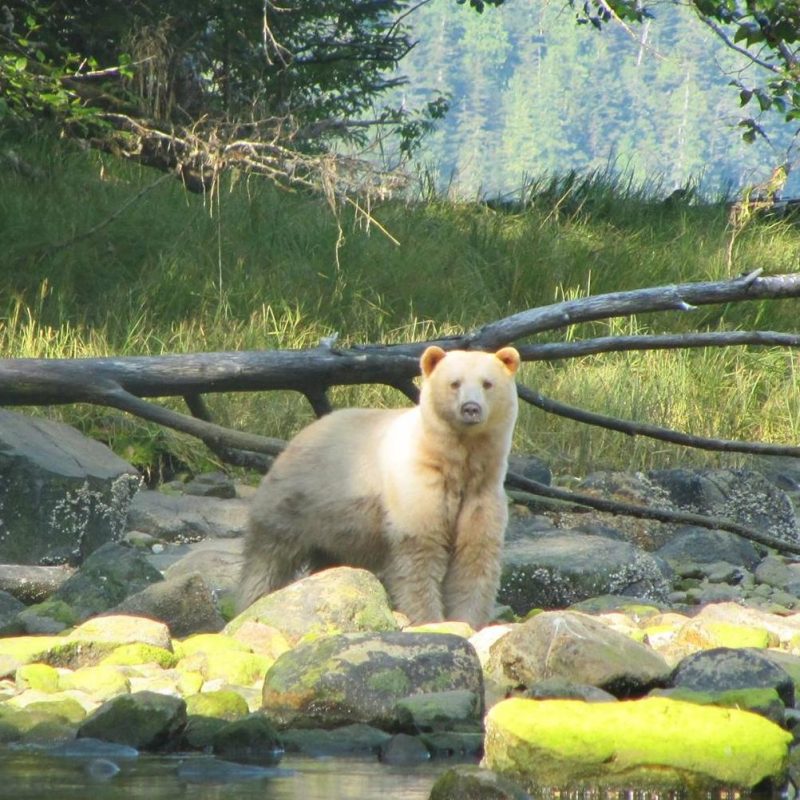 The Bay of Fundy in New Brunswick has the largest tidal reach of anywhere in the world, as a result of which, the teetering stacks of the Hopewell Rocks have eroded and when the goes out, dropping 52 feet, these incredible formations are revealed in their entirety to the point where you can walk between them on the exposed seafloor. At high tide – and this happens twice a day – the rocks virtually disappear and resemble small tree-topped islands.

The deep, glacial fjords to be found in Newfoundland are every bit as beautiful as those you would see in Norway and of the 19 in the province, the Western Brook Pond in Gros Morne National Park  – declared a UNESCO World Heritage Site in 1987 – is the most spectacular. Its clear waters are surrounded by towering granite peaks and beautiful pine trees but the very best view of all is from the westernmost point where you have a view through the valley to the very end. 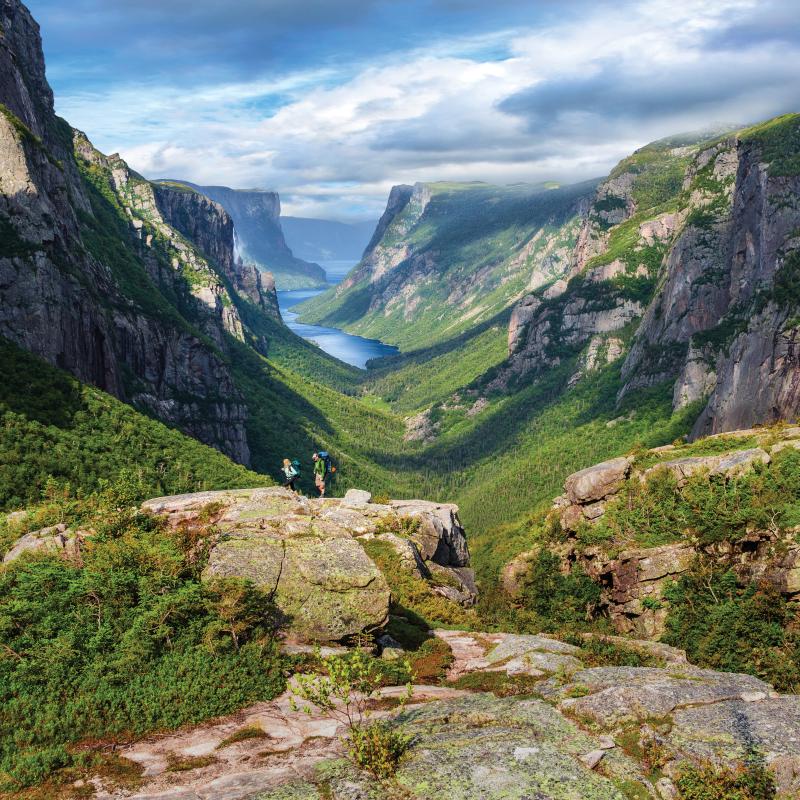 Not unique to Canada, and not even to the Yukon, but with its high altitude and lack of light pollution, there are few places in the world where you’re more likely to see the Northern Lights, or Aurora Borealis, than in the Yukon. This natural phenomenon occurs when electrically charged particles from the sun collide with gases upon entering the atmosphere and these emit light across the sky. As Canada is located under the auroral oval, it makes it even more likely you will get to witness the spectacle of the greens, yellows, blues and reds as they shoot across the sky. 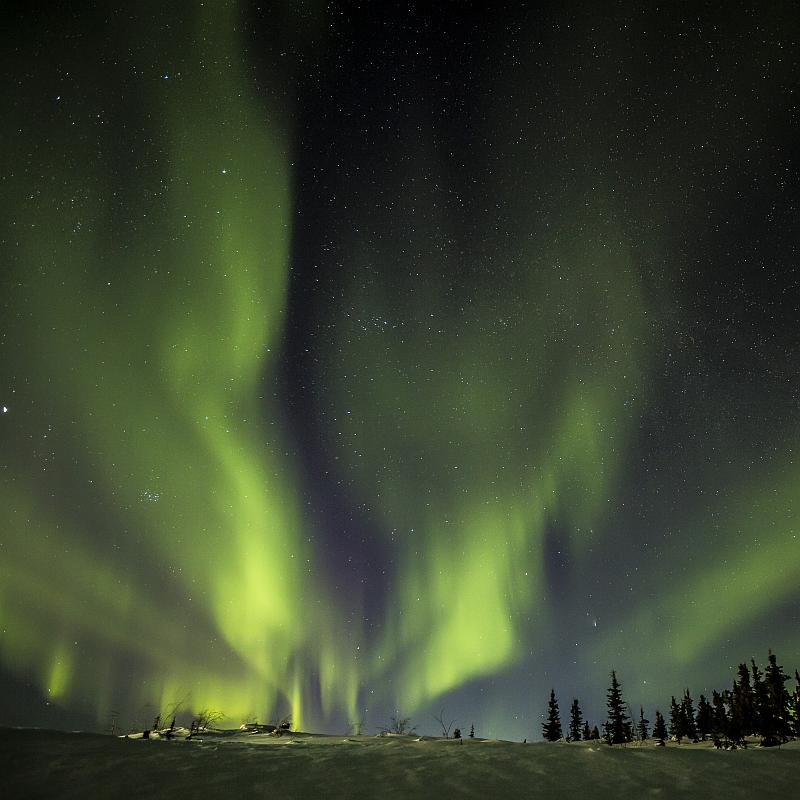