From the heart of a continent to the coast of an ocean, from sweet water seas to salt water shores, the course of the mighty St. Lawrence River is also the course of Canadian history. Avenue of exploration, corridor of commerce, cradle of New France and Upper Canada, the great inland waterway of the northeast was destined to lead not to the spices and silks of China, but to the even greater bounty of forests, furs and raw materials.

Carved between the Laurentians to the north and the Appalachians to the south, and forming a natural pathway to the lakes of Ontario, Erie, Huron, Michigan and Superior, the river seems almost purposefully designed for navigation. Where Mother Nature has stood in the way – stirring in rapids up above, or billowing thick, treacherous fog down below – mankind has cleverly side-stepped Her, damming, diverting, dredging and ultimately designing the St. Lawrence Seaway, one of the greatest river transportation systems in the world. Fed by the Great Lakes, draining a million square kilometres, beginning in the freshwater bays of eastern Ontario’s Thousand Islands, and running nearly 1,200 kilometres, to the saltwater shores of Anticosti Island and the tip of the Gaspé Peninsula, the river is known simply as “Le Fleuve” – the Greatest Canadian River.

The Ontario portion of the river flows past Kingston, Gananoque and Upper Canada Village connecting Toronto and Ottawa. 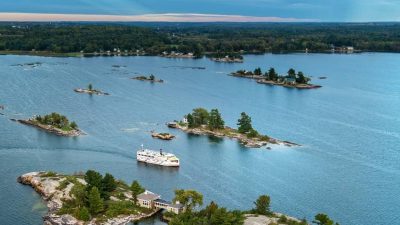 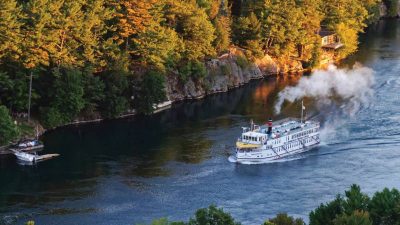 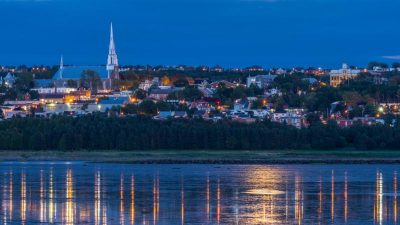 Route of the St Lawrence

Fly Drive from Toronto to Montreal